EDITOR'S NOTE: This is the final installment of a three-part series. Read Part 1 here and Part 2 here.

The U.S. Food and Drug Administration (FDA) is considered the gold standard in regulatory oversight, so much so that dozens of countries in Asia, Africa and South America don’t regulate medical devices but rely on approvals made by the FDA and European authorities. Should device manufacturers use FDA standards as their measuring stick in global compliance?

Many companies would say yes, but the report by the International Consortium of Investigative Journalists (ICIJ) pointed out that even the FDA’s reputable oversight is lacking at times, such as when it approves complex devices too quickly and doesn’t pull troublesome ones from hospital shelves fast enough (1). The report was global in scope, but most news organizations trained the spotlight on the FDA and its 510(k) program, precisely because of the agency’s gold-standard reputation.

In this article, I will offer a practical strategy for addressing some of the anticipated changes to the 510(k) process, also known as premarket notification submission. In case you missed it, Part 1 of this three-part series focused on the highlights of the ICIJ report and the FDA’s response. In Part 2, I described the pros and cons of the program and a serious loophole that some companies are gaming.

The #ICIJ report criticizing the #510k process questions the FDA’s gold-standard reputation as a regulator. Find out why #meddevice firms should not blindly use FDA as their compliance yardstick, says @MCMastercontrol http://bit.ly/2GIePpG

The ICIJ published its scathing report on Nov. 25, 2018, citing the results of its investigation that showed faulty medical devices were linked to more than 1.7 million injuries and nearly 83,000 deaths over the last decade (2).

In an article about the ICIJ investigation, the Associated Press noted that the streamlined 510(k) process has been blamed for some of the defective devices. “Roughly 3,000 medical devices enter the U.S. market every year through a system that generally requires little or no patient testing to verify safety and effectiveness. Unlike new pharmaceuticals, most medical devices reviewed by the Food and Drug Administration are cleared based on similarities to already-approved devices, not specific clinical trial testing,” said the news agency (3).

The day after the ICIJ report was published, the FDA announced a plan to modernize the 510(k) program, specifically to evaluate new medical devices against advances in technology, as well as to retire outdated predicates where new, safer technology is available (4).

The modernization plan is in addition to recent changes strengthening the 510(k) process. In a recent report (5), the FDA outlined those changes, which include: 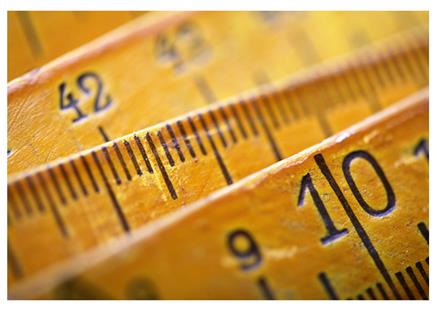 Let’s go back to my question earlier, should medtech firms use FDA standards as their yardstick in global compliance? Yes and no. Yes, if such standard is the highest you can find, and no, if it’s not.

I recommend that you take the high ground and choose the strictest, most foolproof standard for your device. Use that rigorous standard as the foundation for your submissions in all parts of the world, even in countries that are relatively lenient. It’s the right thing to do for the safety of patients and consumers. It’s also the most prudent thing to do as a business organization. As W. Edwards Deming said, “No one can measure the loss of business that may arise from a defective item that goes out to a customer.” (6)

The ICIJ investigation has shown that not all FDA standards are created equal. The 510(k) program is a good example. Some companies use the equivalence approach under the program as a license to perform a quality shortcut. So, while 510(k) is indeed an FDA program, it’s not necessarily the strictest and highest standard available because of a loophole I call the “twilight zone.”

Here’s one way to gauge if taking the 510(k) approach is best for you. Ask yourself: how much of the clinical data from an equivalent can you actually use? If the predicate is so old that you can’t compare it with your newer data, then consider taking the De Novo pathway. Conduct a clinical trial to prove your device’s safety and efficacy. With the ICIJ report casting the 510(k) program in a negative light, you can bet that the FDA would be on the lookout for companies gaming the equivalence approach.

By 2020, when the European Union’s Medical Device Regulation (MDR) takes effect, a much stricter equivalence process would be in place in that part of the world and basing your European submission on any other standard may not cut it.

Some medtech firms, especially smaller ones, will probably wonder if they have enough resources to take the strictest standard as the basis for their global submissions. The lack of resources is the biggest excuse made by companies that take advantage of the equivalence approach to get clearance for devices that are riskier than their old predicates.

Companies using paper-based systems may worry about having to hire multiple regulatory affairs teams. They may need one team to prepare the FDA submission, another team for the European MDR submission, and another for the rest of the world. All three teams will be doing the same thing, so they will be duplicating efforts.

The good news — an automated solution can provide a global platform for regulatory submissions to different countries or regions. The bad news: if you rely on a manual system, you need to automate sooner than later. In order to facilitate a holistic approach to your submissions to different regulatory bodies using the highest standards, find a robust platform that can give you the following:

FDA Commissioner Scott Gottlieb expressed his commitment to improve the device clearance process through modernization. “We want to push product developers to embrace newer predicates with improvements in technology so that patients and providers will continually have access to safer and more effective devices,” he said (6).

When the FDA starts implementing its modernization plan, we can expect increased reliance on newer predicates, the retirement of outdated predicates, and hopefully, the end of the 510(k) twilight zone. In the meantime, I challenge all medtech companies to up their game and use the highest standards as their yardstick in global compliance.