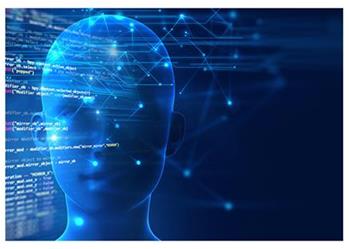 The concept of working robots has come a long way since Isaac Asimov’s science fiction stories circa 1940s. Today, robots work in Amazon warehouses, streamline the manufacturing process at Adidas, and serve amenities in Crowne Plaza hotels. How long will it take before we start seeing wanted ads for chief robotics officers (CRO) to manage a combined human and robotic workforce?

Not very long, according to a recent business forecast by a global research company. “By 2020, 10 percent of large enterprises in supply chain dependent industries will have created a CRO position to oversee the blending of human and robotic workers,” said Gartner in a report titled “The Rise of the Chief Robotics Officer” (1).

The report predicted that companies will increasingly rely on smart machines and robots. When this happens, they will require new management techniques, as well as an organizational structure that recognizes the role of robots. Companies that use robotics across manufacturing and logistics extensively will also need CROs with combined skills in engineering, IT, and human capital management.

A report predicts there will be increased use of #robotics in the manufacturing industry in the near future, says @MCMasterControl http://bit.ly/2LagF0T

Many people fear increased use of robots will result in job loss. A report by McKinsey Global Institute showed that automation in general will likely eliminate 73 million jobs in the United States alone by 2030. However, such automation will also create new jobs (2).

Jay Timmons, president and CEO of the National Association of Manufacturers (NAM), said advanced technology will result in new manufacturing jobs that require new skills, or what he calls “new-collar jobs” as opposed to blue-collar and white-collar jobs.

“Automation and job creation are not at odds. American workers and American technology are not enemies,” Timmons said in a speech earlier this year (3). In fact, robotics will help expand the manufacturing industry by increasing human productivity and efficiency, he said.

Robots are typically used to perform tedious work. For example, in some auto manufacturing companies, robots do repetitive tasks such as welding and painting, while humans perform the complicated installation work.

In the future, more robots are expected to work alongside people in manufacturing companies, but few companies are preparing to manage robots someday. “Regrettably, most organizations don’t believe that ‘things’ should be part of their management DNA, but this must evolve as ‘things’ take over more and more functions,” said the Gartner report.

What would the new CRO role be like? The CRO is bound to collaborate with other departments such as IT, human resources, research and development, and of course, the senior management. The Gartner report surmised that CROs will have to determine what is required to design and build improved performance into the combined human and robotic workforce.

According to Myria Research, the CRO’s job description will cover the following: planning, directing, organizing, and managing all activities related to robotics and intelligent operational systems (4). The report forecasted that by 2025, more than 60 percent of manufacturing, logistics and supply chain, agri-farming, and the oil, gas, and mining sectors will be have CROs.

Is a CRO in Your Future?

If your company belongs to any of those industries, it’s time to start looking at what robotics could do for your organization and whether hiring a CRO is in your future.

The report by Myria recommended that companies that are potential end users of robots evaluate their short-term and long-term needs, including the possibility of hiring a CRO. For suppliers of robots, the report advised them to understand how robotics can impact their clients’ businesses, including existing and potential competition. “It is also important to help potential CROs develop compelling value propositions,” the report said.