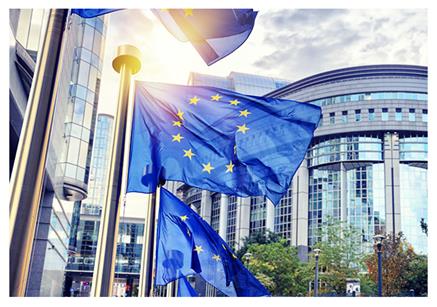 The medical device industry is keeping a keen eye on the European Union (EU) as a virtual game of musical chairs has emerged in recent months by way of notified bodies dropping out of regulatory contention as deadlines for Europe’s Medical Device Regulations (MDR) and In Vitro Diagnostics Regulations (IVDR) draw closer.

With 10 months still to go, medical devices in European markets must be recertified under the MDD before the MDR transition occurs on May 26, 2020. In vitro devices, due to their comparative complexity, must be IVDR compliant by May 2022. Yet in order for Notified Bodies (NBs) to certify under the new regulations, the NBs themselves must apply for designation for MDR/IVDR through the European Commission (EC). In recent months, established NBs such as Switzerland’s QS Zurich and the United Kingdom’s Lloyd’s Register gave up pursuing European Union (EU) MDR designation, and as such, medical device manufacturers may face a shortage of NBs able to guide them through the recertification of their products.1  Similarly, UL U.K. will not designate as an NB for MDR as it had for the Medical Device Directive (MDD) MDR is replacing, the Spanish Agency of Medicines and Medical Products (AEMPS) will no longer accept CE markings, and as of July 31, 2019, it will no longer process new certificate applications for existing clients.2

Michelle Lott, principal and founder of Lean RAQA, has been closely monitoring the MDR regulatory situation in Europe and said medical device manufacturers need to quickly take an assessment of where they stand regarding the new regulation and how to best prepare themselves.3

Under the In Vitro Diagnostic Directive (IVDD), only 20% of devices required NB oversight and there were only 11 NBs designated. But under IVDR, 80% of devices will require NB oversight. As of yet, not a single NB is designated for the new in vitro regulation.

“The IVDR is going to impact the industry even more than MDR,” Lott said.

Thinning of the Field

The MDR and IVDR were created to raise the bar in terms of the quality, safety and transparency that medical devices provide to patients and health care professionals. And though both MDD and MDR require CE marks (the European symbol for compliance), under MDR the number of requirements that have to be fulfilled has increased exponentially.

Lott said the regulation has effectively upgraded the qualifications for NB organizations, and many NBs lack the qualified personnel to review technical files for device certifications. And not only do NBs have to designate against the MDR itself, they also have to designate for the types of devices that they can audit. So, even though an NB is designated for MDR, it doesn’t necessarily mean that your devices are within that NB’s scope.

“The pressure has increased, the expectations have increased and what it means to be a competent reviewer or auditor has increased,” Lott said. Also, since it’s very costly for NBs to maintain their designation from year to year, designation for MDR may not make financial sense for smaller NBs.

The EC maintains that it expects to designate 20 NBs for MDR by the end of 2019, but as of yet, only four NBs — BSI, TÜV SÜD, Dekra and IMQ — have successfully received designation to-date.4 Only a single medical device, a Novartis inhaler, has been issued a conformity certificate by the NB BSI. At the same time, the agency has acknowledged that some devices may not be available due to delays with the new regulation, according to FDAnews.5

Compounding the uncertainty surrounding the availability of NBs to certify companies’ devices, there has also been an unexplained shortage of guidance provided by the EC about how device makers can implement the laws and regulations spelled out in the MDR. Industry watchers have observed that only a trickle of information has been emanating from the EC. The numbers of documents in recent weeks have included data about EUDAMED, specs for single-use devices, unique device identifiers (UDIs) and Notified Bodies,6 but nowhere near the depth and breadth of interpretations of policies needed for the major overhaul of laws as contained in the 157 pages of new provisions that comprise MDR.

Citing a lack of NBs designated against MDR/IVDR to support timely transitions and supporting guidance, the U.S. government weighed in on the issue on July 24, 2019, to the World Trade Organization’s Committee on Technical Barriers for Trade.7 The U.S. stated it had “serious concerns” about the ability for device makers to recertify in time and has requested that the EU either delay MDR/IVR for 3 years to allow U.S. exporters to adapt to the new requirements or allow legacy products currently evaluated as safe to be sold in Europe until 2024.

Lott believes that the scarcity of NBs may make certification more difficult or at least more costly for some device companies, particularly if they haven’t yet commenced plans and preparations for the transition. Though MDD-certified devices will remain valid for four more years (until 2023), newer devices could get left out in the cold if manufacturers aren’t already coordinating with an NB on certification.

And though many of the largest medtech companies already have certification activities underway with an NB representative, with little guidance issued thus far from the EC and uncertainties of the entire MDR regulation itself, the entire industry is at risk. Certification under the new regulation requires companies to devote significant personnel and financial resources to the endeavor, and that factor alone may exclude some from being able to meet the MDR deadline.

Lott said that at MEDCON 2018,  William Maisel, M.D., of the U.S. Food and Drug Administration’s (FDA) Center for Devices and Radiological Health (CDRH) shared in a pie chart during his presentation that 80% of medical device companies registered in the U.S. have fewer than 100 employees.8 Though not all those companies place their products in the European market, the impact of having to reallocate significant personnel resources to MDR certification is likely a daunting one, especially for smaller med device organizations.

“It’s such an unknown landscape. Companies are getting ready to the best of their knowledge, but those preparations may not be in line with the expectations and requirements of a competent authority of an NB,” Lott said.

Despite the uncertainties surrounding MDR certification, Lott said there are specific actions that medical device manufacturers can take to better prepare themselves:

As a conservative estimate and with all the tech files involved in the process, Lott said certification to the MDD in the time remaining takes about 6 months working with the NB. The quoting process alone can take up to 4 to 5 weeks.

“You have to back up the math,” she said. “December 2019 is the very latest you could start the project. I think October and November are when NBs will say they can’t take on any more CE marks under MDD and still be confident they can get their reviews done and certificates issued before the May 26, 2020, deadline.”

Based on the sheer number and size of files that need to be compiled to certify a device, there’s little room — or time — for costly errors that will cause delays. A digital data solution can help ensure your device history record data is high quality, and that submissions contain accurate technical documentation that includes the elements of your design control process as required under MDR. Manufacturers that rely on manual, paper-based systems may encounter more snags and experience data lapses as a result of human errors during data entry and verification.

Until there is more information and guidance from the EC about MDR, the regulatory waters surrounding certification will remain murky. But device manufacturers can remove some of the potential for errors by taking a proactive approach that will better position them to ensure that their products have a secure footing in European markets.

To learn more about the European Union’s Medical Device Regulation (MDR), postmarket surveillance of MDR, and how the new regulation will impact medical device manufacturers in the United Kingdom and Europe, register for the Medical Device Audits and Compliance Workshop presented by Medilink West Midlands and MasterControl October 17, 2019, in Coventry, U.K.