Ugly Babies, Silent Enemies and Other Short Stories from a Continuous Improvement Conference 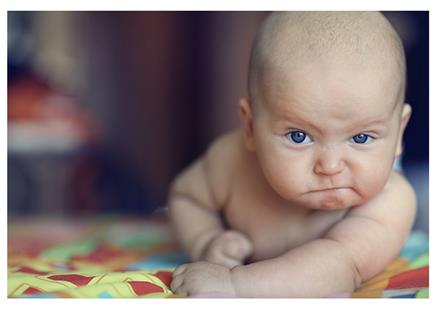 Continuous improvement professionals, managers, and executives from the U.S. and Canada presented at the recent Canadian Lean Conference in June 2018, which drew about 1,000 business leaders to Winnipeg. Presenters shared lessons and results from lean transformation efforts as well as some personal journeys. Here’s a digest of some of the stories I heard.

Early in his career, Billy Taylor was transferred (reluctantly) to help a plant know for poor quality and low productivity. During an initial walk through the facility with the union rep, he asked, "About how many people work here?"

“Want the truth?” the rep said, spitting on the floor.

“That’s why companies fail,” he said.

To help this plant avoid failure – a real possibility since it was missing its daily production target by 7,000 tires -- Taylor began meeting twice daily with groups of 25 people at a time to understand the “hidden factory” of problems. No questions or suggestions were off limits.

“On my team, you have to talk about the ugly babies,” Taylor said.

A strikingly ugly baby, alluded to by the union rep, was associates’ lack of engagement. So as one of his first actions, Taylor created a large status board with red and green (no yellow) magnetic markers showing the condition of safety, quality, reliability, cost and other key measures for every major process. Employees updated the board every two hours. He also bought everyone T-shirts bearing the number “38” for the plant’s production target of 38,000 tires daily.

For one #lean manager, he found that inefficiencies and lower production rates at his #manufacturing facility were a result of employees’ lack of engagement, says @MCMasterControl http://bit.ly/2MCz5eR

“Everyone now knew what winning was,” Taylor said. “They weren’t running machines any more they were running a business.” In six months, plant production jumped from 31,000 tires per day to the targeted 38,000.

As he listened on the shop floor to an improvement team reporting on a kaizen (a Japanese word for “improvement”) project, Lantech CEO Jim Lancaster suddenly had a sinking feeling.

“I’ve heard this before,” he thought. “I’ve heard this problem before. In fact, I heard a team report about fixing the same problem with the same solution four years ago.” As Lancaster walked upstairs to his office, he wondered why lean improvements fell apart.

Since the mid-1990s, Lantech had been the “kings of kaizen.” As one of the first companies to truly embrace lean management principles, improvement teams rapidly transformed manufacturing and office processes. They created one-piece flow production cells, stopped batch processing, improved quality, accelerated production velocity, slashed the time for entering orders and closing the books, and freed millions of dollars in inventory. But unless Lantech could prevent improvements from disappearing, its growth and profitability were at risk.

The problem, as Lancaster ultimately realized, was that every manufacturing or service process deteriorated. Inevitably, variables degraded processes over time – tools got dull, product designs changed, a vendor’s part tolerances shifted, a new employee wasn’t fully trained, etc. He told attendees that process deterioration was the “silent enemy” of their continuous improvement efforts.

The solution, established after months of experimenting, was a plantwide daily management system that caught and corrected any deterioration immediately. The system, described in Lancaster’s book the ”Work of Management,” has teams of executives and managers at every level walking overlapping routes every morning through every production and office area, stopping at visual management boards to check a few critical indicators with area associates. If indicators showed any deterioration in performance, the leaders helped associates take corrective action immediately.

“There will be 10, 20, 30 decisions every morning made cross-functionally,” Lancaster said. As a result of the new daily management system, “we’ve accelerated our lean improvements and the bottom line results from them.”

This article is related to the Analyst Report:
A Road Map for Addressing Quality and Manufacturing Challenges in Life Sciences (LNS Research)
To view the full details, please  download  your free Analyst Report.

A lean management transformation that began in 2004 transformed most processes at custom door and window maker Loewen but skipped most people. A company survey showed that roughly 80 percent of the workforce had negative views about work, according to Alex Boxhorn, logistics manager.

“We focused on waste elimination, but very little on changing attitudes or behaviors,” he said. “That started to bother me.” In an informal survey one Friday afternoon, Boxhorn asked people in his area if they were having any process problems. Everyone gave him five or six activities that needed improvement.

Boxhorn facilitated discussions with his team about implementing the improvements and how to change the work culture. The result was a written list of expected behaviors, written side-by-side, that managers and team members were supposed to do in several key areas. For instance, under “tasks” leaders were obliged to “sustain the morning meeting” and “perform gemba (a Japanese term meaning, “the real place”) walks.” The expectations and focus for the team was to attend “daily meetings/huddles” and “facilitate standup meetings.”

Responsibility for facilitating the daily meeting rotated among team members, an idea Boxhorn got from “Two Second Lean” by Paul Akers. Team members report that it has given them confidence, a deeper understanding of the business, and a greater willingness to share ideas

The culture-change effort emphasized implementing rapid improvements, so the company gives people 30 minutes daily for continuous improvement from either 7 to 7:30 a.m. or 7:30 to 8 a.m. Loewen encourages members to record and post videos of their improvements to the Loewen Lean channel on YouTube.

Building the lean culture now starts before new hires begin work. They get up to 80 hours of training in lean tools and behaviors, including how to make and post those improvement videos.

“When you train people up front, it gets them in the right mindset,” Boxhorn said.

Toyota Group founder Sakichi Toyoda was a prolific inventor of machines and devices for spinning and weaving, including in the early 1900s a self-monitoring mechanism that stopped a loom if a thread broke. This innovation allowed one operator to tend multiple machines and led to the concept of jidoka, which means “automation with human intelligence.” It became, along with just-in-time, a pillar of the Toyota Production System.

But these are not the most important things he did, according to Real (Ray) Tanguay, former president and chairman of Toyota Motor Manufacturing Canada.

“He left us a culture, the most important thing he left behind,” Tanguay told the audience in a presentation that examined the company’s past and possible future. That culture was built on five principles attributed to Toyoda:

Looking ahead at technology shifts, Tanguay said lean management was the “foundation” for Industry 4.0, the use of digital technologies to make factories more flexible and responsive to customers. Without lean principles, the “smart factory” will just “automate garbage processes.”

Engineer and researcher Mike Rother compared the scientific way of thinking about solving problems to the difference in navigating with a map versus a compass.

He defined scientific thinking as “a routine of intentional coordination between what we predict will happen next, seeing what actually happens, and adjusting based on what we learn from the difference.”

The problem is that scientific thinking is not our default way of thinking. Our brain tends to make assumptions based on what information available. This is a faster way of making decisions, an evolutionary advantage for early humans when quick reaction was often a better survival tactic than taking the time to deeply understand a situation before acting. The problem for managers today is that our brain’s default assumption mechanism predisposes us to jump to solutions.

Fortunately, we can retrain our brains for scientific thinking, noted Rother. He explained how to do this through the ‘improvement kata,” a repeating four-step routine that makes continuous improvement through scientific thinking a daily habit. (A kata is a training exercise in Japanese martial arts.) The steps are:

Developing employees by teaching them scientific thinking, which is the key to making lean tools and the overall management system work, is the job of managers and a sharp break with their traditional roles. “It’s not being the problem solver. It’s not just making the numbers. It’s developing people who then make the numbers.”

Developing employees by teaching them scientific thinking — the key to making #lean tools and the overall #management system work — is the job of managers, says @MCMasterControl http://bit.ly/2MCz5eR

Chet Marchwinski is communications director at the nonprofit Lean Enterprise Institute where he manages content creation, public relations and marketing. He edited LEI’s Lean Lexicon, a graphical glossary for lean practitioners. Marchwinski has covered the lean management movement since books by Taiichi Ohno and Shigeo Shingo were first published in North America by Productivity, where he wrote and managed newsletters covering continuous improvement, employee involvement, technology and service. His checkered past includes stints as a newspaper reporter and a public relations account executive.