Top 5 Reasons to Join the War on Paper 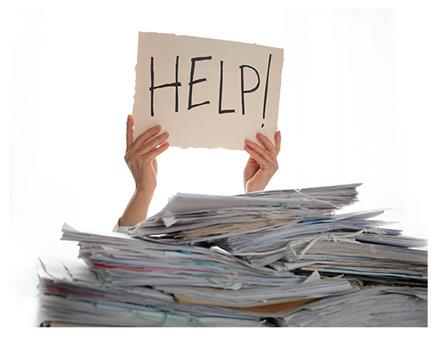 At the beginning of 2019, MasterControl declared a War on Paper, an initiative to encourage life sciences companies to finally end their dependence on paper by digitizing. Since then, we forged an alliance with DocuSign and co-hosted a webinar with them addressing this topic. If you don’t have time to watch the recording, we’ve compiled the most insightful moments from the webinar below.

As pointed out by Justin Gilleg, regional vice president of healthcare and life sciences at DocuSign, the risks of digitizing are miniscule compared to the risks of not digitizing. There are multiple reasons for this, but one of them is that compliance increasingly requires digital solutions. In a poll taken during the webinar, the majority of attendees indicated that their digital transformation was prompted by regulatory requirements.

Another big reason is the bottom line. Paper is a major drain on resources, both in terms of time and money. For those of you working in clinical trials, DocuSign found that 40% of your budget goes to paper-based processes. In a more general sense, paper documents cost companies $20,000 per employee, per year. Even a small company of, say 50 employees, would be spending an extra million dollars annually because of paper. Bigger companies will lose more. The savings from eliminating paper aren’t all related to money, however.

#2: 80% of quality issues are due to inefficient corrective action from previously identified issues.

When it comes to paper, there’s a ripple effect. The direct cost mentioned above is obvious. However, the slow, inaccurate nature of paper leads to other losses. As Sara Bresee, executive vice president at MasterControl, explained one of those losses is in quality management. A paper-based system can record a quality event and an associated corrective and preventive action (CAPA). It’s following through on the execution of that plan where paper falls short. Moving to a digital quality management system (QMS), however, puts companies in a position to address errors and implement changes that will reduce or eliminate them.

When a company goes beyond a QMS and integrates other solutions into its processes, the improvements become even more dramatic. This was illustrated during the webinar with an example from a MasterControl customer, Wellington Foods. After implementing the MasterControl Manufacturing Excellence solution, which integrates with the company’s QMS, all data entry errors at Wellington were eliminated. The company achieved completely errorless manufacturing, which was only possible because they finally removed paper from the shop floor.

Going along with the idea of eliminating errors is the idea of being prepared for audits. In the webinar, Bresee referred to this as being “audit proof.” While digitization doesn’t mean audits can be avoided, it does help you avoid the negative effects of one. The example that Bresee used was training documentation. Instead of running around trying to compile the documentation that shows employees have been trained properly, a digital solution keeps those files together for you in a secure, centralized location. The mad dash to gather paperwork is replaced by simply showing an auditor where the records can be accessed in the electronic system.

Raising the stakes a bit, this same concept applies to inspections. Being able to prove compliance to an inspector from the U.S. Food and Drug Administration (FDA) is the determining factor in whether or not your company receives an FDA Form 483. If you’re following all the regulations, you have to be able to prove it with the associated documentation. And that’s only helpful if you can locate that documentation.

#4 The regulators are leading by example … Many of them have already digitized.

Speaking of regulators, how do they feel about all this? According to Bresee, they’re pretty comfortable with it. Especially considering most regulatory bodies themselves have already taken steps toward digitizing their own organizations and are passing regulations that indicate they expect the industry to follow. The FDA has taken strides to encourage life sciences companies to move to the cloud and use digital advances in their compliance. One example of this is an upcoming initiative using blockchain technology to track pharmaceuticals.

This isn’t limited to the FDA. The European Medicines Agency (EMA) has a similar interest in blockchain. The Medicines & Healthcare products Regulatory Agency (MHRA) encourages patients to report adverse events through its app, and it has encouraged those conducting clinical trials to obtain consent electronically. These aren’t the actions of organizations that are fearful of digitization — they’re embracing innovation in technology and expect the organizations they oversee to follow suit.

#5: It allows you to get back to what you do best.

One of the big fears associated with digitization from an employee standpoint is that it involves automation — frequently seen as a threat to jobs. However, an overarching theme of this webinar is that digitization isn’t eliminating jobs. Rather, it’s making jobs easier. This was summed up by Gilleg as “it allows you to get back to what you do best.” Digitizing doesn’t replace people. It dots the i’s and crosses the t’s so people don’t have to. It ensures data integrity so quality doesn’t have to spend it’s time correcting records after the fact. It removes the frustration of tracking down a needed signature by letting stakeholders collaborate wherever they are.

In speaking with our customers, MasterControl discovered the reality of these time savings. In one company, employees can do 75% more work with digital solutions compared to paper. For Wellington Foods, a supplement manufacturer, digitizing cut down post-product review time by up to 80%. For Legacy Pharmaceutical Packaging’s quality department, deviations decreased by a quarter. And that’s just scratching the surface. Our most recent customer spotlight has even more specifics on how digitizing helps.

Technology lets companies increase their efficiency and reduce their frustration. It provides myriad of benefits, but people are still a vital part of the process. As such, they need to be on board with the digital transformation that their company undertakes. Bresee and Gilleg both pointed this out during the webinar. As Bresee said, “Technology or software alone cannot solve the problem. … It’s the future and we’re all looking forward to getting there … but be pragmatic.” She suggested starting small to demonstrate the benefits to your team. By winning a few small victories in the War on Paper, you can then get your troops to support larger initiatives.

Regardless of how you plan to tackle your digital transformation, there’s no time like the present for starting. If you’re still worried, watch the full webinar to assuage your fears. In the meantime, ponder these words of wisdom from Gilleg: “The only risk you have is not starting at all.”

Sarah Beale is a content marketing specialist at MasterControl in Salt Lake City, where she writes white papers, website landing pages, and is a frequent contributor to the company’s blog, GxP Lifeline. Her areas of expertise include the nutraceuticals, cannabis, and food industries. Beale has been writing about the life sciences and health care for over five years. Prior to joining MasterControl she worked for a nutraceutical company in Salt Lake City and before that she worked for a third-party health care administrator in Chicago. She has a bachelor’s degree in English from Brigham Young University and a master’s degree in business administration from DeVry University.