The Fundamentals of Immunization, Part 1 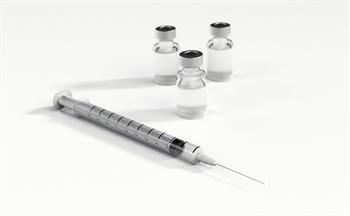 This article originally appeared here and has been published with permission from Coda Corp USA. Inoculation,vaccination and immunization are terms that are often used interchangeably, but have very different meanings. This leads to the question, “How much does the average person understand about the science of immunization?”

The race to develop a safe and effective vaccine against COVID-19 is on, and it has everyone talking.

This blog will be issued as a three-part series.

The first post reviews and clarifies fundamental terms that are central to the conversation and provides answers to some of the most commonly asked questions.

This will establish a solid foundation of the currrent science before we delve into the regulatory realities that control a vaccine’s path to market, the impact vaccines have had on our society, and what the future of vaccine technology may look like.

The third and final segment will look closely at the leading candidates for a safe and effective COVID-19 vaccine.

Participation in any discussion is always made easier once an understanding of the fundamentals is achieved. This installment will focus on providing a simple refresher on the fundamentals of immunization technology.

Inoculation is the introduction of one thing to another. In the world of vaccination, it is used to broadly refer to any and all means and methods of introducing a pathogen (bacterial or viral antigen or toxin) into a body. This introduction is intended to provoke a response to the specific pathogen, from the body’s immune system.

Vaccination is the inoculation tool most commonly used today. It is commonly a preparation of biological components designed to deliver the pathogen intended to provoke the desired immune-response.

Immunization is the goal of all inoculation tools. Immunization is a state the body reaches after its immune system has been trained to react to pathogens that it has encountered previously.

Now that we have reviewed some basic terms that are most often misused in general conversation, we can move onto providing answers for some of the questions that are most commonly asked.

Q: What do vaccines actually do?

A: Active vaccines deliver into the bloodstream something that closely resembles the pathogen, a part of the pathogen, or a dead or weakened live (attenuated) form of the pathogen that causes a specific disease. Once the pathogen is introduced, it hopefully prepares the body to fight off that particular disease (or groups of like diseases). In simple terms, it creates a manageable (safe) level of exposure to the disease in a way that allows the body to recognize the presence of the foreign pathogen, which prompts the body’s natural immune system to react by producing antibodies that can fight off that disease. This response is sometimes temporary (but hopefully long lasting) and sometimes permanent.

This state of readiness of the body to effectively fight off the disease and prevent its effects is immunity that has been acquired through vaccination. Prior to the onset of inoculation efforts, the only way to actively “acquire immunity” to a disease, was to suffer through the natural course of infection and all of its effects.

Passive vaccines deliver into the bloodstream disease specific antibodies already produced by a person or animal who has immunity, to a person who does not. In some cases, passive vaccines can be used to treat current infections, as well as prevent future infections. Passive immunization can be used for people whose bodies cannot produce antibodies, or to treat people who contract a disease that they do not have immunity against.

Immunity acquired by a passive vaccine is almost always short lived. Prior to the onset of inoculation efforts, the way to passively “acquire immunity” to a disease, was to have antibodies passed to a child by a mother during the gestational period or through breast milk.

Q: What are the differences between a live/weakened (attenuated) vaccine and a dead (inactivated) vaccine?

A: Live (attenuated) Vaccines deliver a weakened, asymptomatic form of the pathogen to teach the body’s immune system to recognize the pathogen’s antigens so the body is prepared to fight them if they are encountered in the future.

Dead (inactivated) Vaccines deliver a pathogen (or part of a pathogen) that has been killed with heat or chemicals. Even though the pathogen is dead, the immune system can still learn to recognize its antigens and learn how to fight live versions if they are encountered in the future.

Q: Can we be sure that receiving a vaccine will not give someone the disease it is meant to prevent?

A: If the pathogen used in the vaccine is dead, or not whole, the answer is yes, we can be very sure.

The disease pathogen, such as a bacteria or a virus, needs to reproduce in order to sicken the host. If the pathogen has been killed prior to its introduction to the body, it cannot reproduce and cause infection. Don’t mistake a mild fever after a vaccination for the onset of disease – the fever is caused by the immune response to the pathogen and not the pathogen itself.

If the pathogen used is whole and living in a weakened state the answer is no, we can’t be completely sure.

The potential for the recipient to develop a mild form of the disease does exist, because the potential for the pathogen’s reproduction exists. However, in that happens, the disease state will be much less severe than a natural infection - as long as the host has a healthy and intact immune system. Because of this, live vaccines can cause larger issues for people with compromised immune systems. 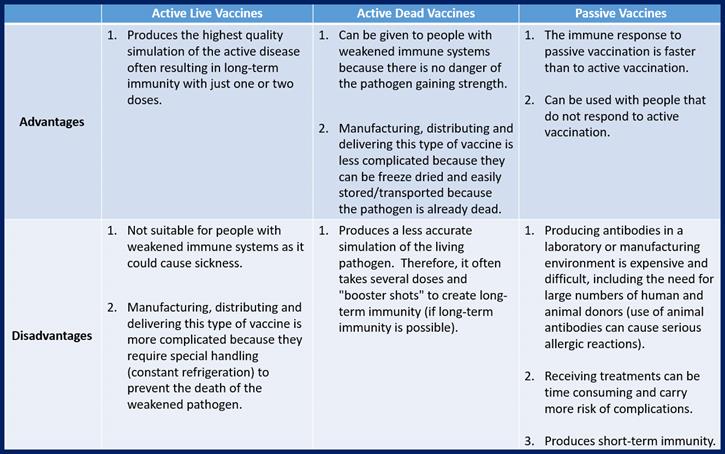 Q: What is “Herd Immunity”?

A: Once enough people have acquired immunity to a particular pathogen, opportunities for an outbreak of the disease become so low even people who haven’t been immunized benefit. Essentially, without a large population of eligible hosts in whose bodies pathogens can multiply and thrive, bacteria and viruses will eventually die out entirely. This approach to inoculation hopes to eliminate once-devastating diseases entirely.

This phenomenon is called herd immunity.

Now that we have established an understanding of the fundamentals, Coda Corp will continue this series in a second installment addressing the regulatory realities that control a vaccine’s path to market, the societal impact of vaccines, and what the future of vaccine technology may look like.

The third and final segment will evaluate the actions taken to race toward timely development, production, and delivery of an effective vaccine against COVID-19, with a discussion of what they may mean for our ability to tackle this and future pandemic situations.

Gina Guido-Redden is a quality and regulatory professional with over 25 years of domestic and international industry experience. She is the co-founder and chief operations officer of Coda Corp USA, which provides consultancy services to pharmaceutical, biologics and medical device firms. 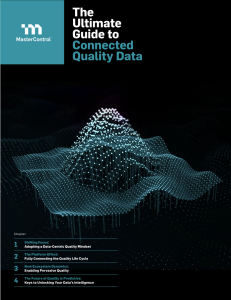