The Evolving Role of Humans in an Automated World, Part 2 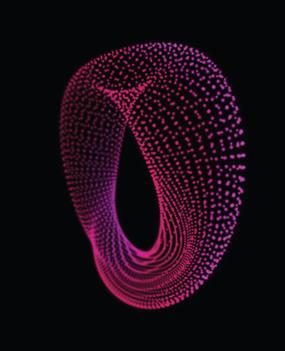 The first installment of this two-part blog series addressed the significance of overcoming our fears of automation so we can leverage technological efficiencies to work faster and smarter. The conclusion explores some of the benefits offered by automated innovations and examines real-world instances of life sciences organizations whose employees are maximizing the use of automated tools to amplify their own and their organizations’ capabilities.

Delving deeper into MasterControl’s enlightening executive brief titled “The Human Side of Automation: Putting People at the Center of Process Automation,” we learn that there are innumerable advantages to be gained through the implementation of automated tools. The executive brief — the third in MasterControl’s “Quality Remastered” series — outlines four general opportunities for life sciences professionals to harness technological innovations so they can thrive in an era of increasing automation.

The sole purpose of machines has always been to improve our lives and assist us in executing tasks more efficiently. Even the most sophisticated automated invention is nothing more than a collection of materials that carries an electric current until it is put to use for the welfare of humans.

Consider the analogy of a runner who wants to train for a marathon. If she builds a sophisticated robot that can run 42.195 kilometers faster than any human could ever imagine, she hasn’t done anything to improve her own running speed or endurance (although she does have a super-cool robot). The right automated tools, however, will enable her to effectively train to be her best. Thanks to the efficiency provided by digital technology, she doesn’t need to spend time making measurements or calculations manually to work toward speed and distance improvements. The only manual work required of her might be the simple click of a button on a GPS-linked, timer-enabled digital device when she starts and stops a training run. She’s free to concentrate on her current performance, comparing it to past performances and striving for new personal records. She still has to do the hard work of running, but her wearable tech calculates times, records distances and monitors her vital signs (and may even sound an alarm when it’s time for her to get out of bed and put on running shoes) so she can focus on optimization.

Similarly, technology is only beneficial in the life sciences inasmuch as it elevates human proficiencies. The impact of automation on humans in the life sciences and other occupations in regulatory environments, where many work tasks are repetitive and laborious, is profound. Take the example of Intelligent Endoscopy. When the device manufacturer crossed the digital divide by implementing a cloud-based enterprise quality management system (EQMS), employees were able to double and even triple the speed of operations and regulatory activities, according to owner and managing director Fritz Haller. “We proudly boast that we were actually able to take a product idea for a fairly complex medical device from paper napkin all the way to a full 510(k) FDA submission in less than one year,” Haller said.

2. Mitigating Our Mistakes, Not Replacing Our Jobs

In life sciences manufacturing, a minor mistake or oversight can cause production to halt and require multiple tasks to be redone once the problem has been rectified. For instance, when 28 change order packets disappeared in Megadyne’s paper-based quality management system, the medical product company’s need for an automated solution became painfully apparent. “Imagine the amount of time and resources that went into revising a quality system document only to have it lost and then go through that process again,” said Megadyne vice president of quality and regulatory affairs Haven McCall. The business impact was significant, so the company implemented a digital EQMS, which had a dramatic effect on minimizing inefficiencies and preventing change control lapses. With an automated system, McCall said, “you get back all the administrative time that a typical quality manager puts into chasing down change orders. That’s a significant improvement.”

As we’re unavoidably pulled into an increasingly automated future, the collaborative flow of work will be central to life sciences occupations. Humans and machines will inevitably continue to work in concert more and more, with each doing what they do best. “Humans have valuable inputs to provide a formula and predict a formula,” said Daniel Kahneman, winner of the Nobel Memorial Prize in behavioral economics. “They have impressions and judgments. But what humans are not very good at is integrating information in a reliable and robust way. And that’s what algorithms are designed to do. When you’re using an algorithm, what you want to reserve for humans is the possibility to override the algorithm when something obviously relevant has happened.”(1)

3. Simplifying Our Work Processes Through Digitization

Historically, the work activities that have primarily been targeted for automation have been physical activities in predictable environments, such as repetitious factory and farm work. After those tasks, the next most automatable jobs are those that involve data aggregation and analysis, according to McKinsey Global Institute partner Dr. Michael Chui. He believes automating these types of high-wage, high-skill occupations that are so abundant in the life sciences will allow knowledge workers to focus on their core competencies.

“We’re paying MBAs and Ph.D.s to collect and analyze data,” Chui said. “If we automate some of those activities, that time can be freed up for higher-value uses. That might mean managing or coaching others, interacting with people on an emotional level, being able to interpret, coming up with better insights, or other things we’re finding it difficult to automate.”(2)

Some astute life science companies are starting to realize these higher-value uses afforded by automation and digitization. Wellington Foods, a contract manufacturer of nutritional dietary supplements, is one of the first companies to fully digitize its batch record process and is witnessing firsthand the efficiencies that digitization can bring. Batch records — known variously in different life sciences environments as travelers, design history records (DHRs) or other idiomatic descriptions — are an essential component of the end-to-end production process but are notoriously inefficient. By automating its batch record processes with MasterControl’s first-of-its-kind Manufacturing Excellence™ software solution suite, the company has drastically increased efficiency and has been able to reallocate personnel to more valuable work, according to president Tony Harnack.

“We’ve had some comprehensive paper-based systems,” Harnack said. “But as we’ve grown, the paper-based systems become harder and harder to manage. As we looked at ways to improve our processes and demonstrate control of those processes, we identified a number of ways technology can bring that to bear.”

4. Broadening Our Knowledge and Creativity

As automation liberates life sciences professionals from mundane tasks, it facilitates faster responses and smarter decisions. Digital solutions, for instance, provide direct access to actionable data, which is invaluable to decision-makers like Donna Kelley, quality manager with the original equipment manufacturer OMNI Flow. “Management can get answers without having to ask anybody to run a report,” Kelley said of the efficiencies provided by her company’s EQMS. “I can make educated decisions much faster because I have the data readily available and I know where I stand on a daily basis.”

By leveraging automation in similar ways to maximize our own abilities, we’re better positioned to cultivate skills that machines can’t emulate, according to Dennis R. Mortensen, CEO and founder of artificial intelligence (AI) software company x.ai. He believes the concept of engineering people out of the equation and the notion that the role of machines is to help people perform better are not mutually exclusive ideas. Throughout history, he points out, automation has helped humans dream up new and better industries and jobs, and in today’s workplace it is increasingly helping people improve their emotional intelligence, creativity, critical thinking, communication, collaboration, cognitive flexibility and other distinctly human characteristics. “It’s true that AI can do certain things far better than humans. But it’s also true that when AI starts doing those things, it will make us better at our jobs, and better at being human,” Mortensen said.(3)

Rather than seeking to compete with machines for the jobs of the future, we’re far better off improving our uniquely human aspects and capacities. If you’re worried the impending “rise of the machines” will eventually make your job obsolete, consider taking the approach recommended by renowned astrophysicist Neil deGrasse Tyson. “I will make it a life’s mission to remain more creative than any computer so that I cannot be replaced by it,” Tyson said. “They will in fact need me for new ideas.”(4)

To learn more about maximizing your humanity in an automated world, download the executive brief “The Human Side of Automation: Putting People at the Center of Process Automation.” You can gain additional insights about automation and digitization from the companion executive briefs in MasterControl’s “Quality Remastered” series, “The War on Paper: A Corrective Action Plan for Going Paperless” and “Architecting for Change: Embracing a Platform Approach.”