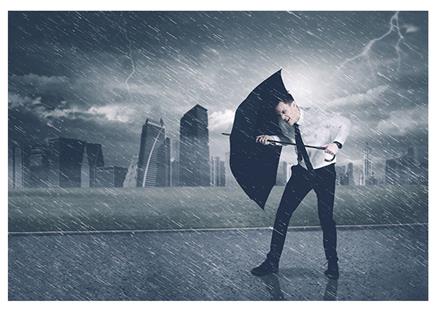 In a recent webinar from Brandwood Biomedical, we discussed the evolution of the European Union’s (EU) Medical Device Regulation (MDR), implications of Brexit, and how things are being prepared for the perfect storm of changes with the role out of ISO 13485:2016 and changes to the Canadian approval process.

The first point to raise, was that a few years back, we identified that during the implementation of these changes, they would all overlap and substantial hurdles would be introduced for manufacturers to manage. That time is now. As seen in the Figure below, implementation is now well underway, and we are at the biggest bump in the road. As most notified bodies are seeing a huge increase in customer demand, companies are desperately trying to be certified to the Medical Device Directive (MDD) prior to its gate closing. 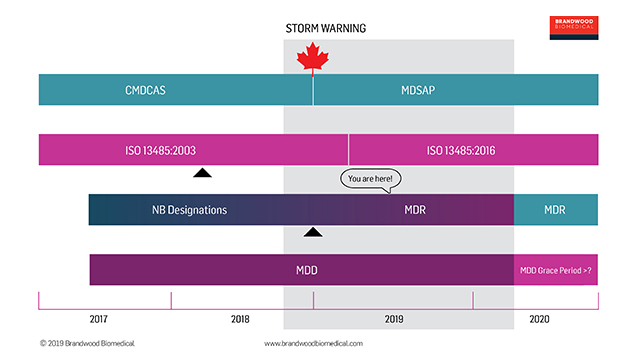 With the approaching changes in global regulations, primarily with the implementation of the MDR in the EU, manufacturers are starting to redirect their initial target markets to those outside of the European Union. As such, there is a noticeable increase in manufacturers approaching the U.S. Food and Drug Administration (FDA) and other markets first; previously, only 4 percent of manufacturers approached the FDA first, whereas 80 percent initially approached EU regulatory bodies and 65 percent of devices were CE-marked before receiving FDA clearance (http://www.prnewswire.com/news-releases/northwestern-survey-finds-fda-predictability-a-top-concern-among-medtech-firms-europe-preferred-for-product-approval-122514653.html). This shift in corporations’ market approaches is a result of a number of factors that began with the MDR.

First is … uncertainty! As the MDR and EU’s In Vitro Diagnostic Directive (IVDR) were ratified and manufacturers begin to commence the implementation, large numbers of questions around the actual requirements for manufacturers continue to be raised. These mainly revolved around the notified bodies (NB); particularly, which notified bodies will remain once the clouds clear and how the new workload will affect those remaining notified bodies. Currently, Brandwood is already hearing horror stories of some NBs’ refusing to accept more work, refusing to accept new clients, or substantial delays in getting technical file reviews.

There are numerous other questions around the European Database for Medical Devices (Eudamed) - both how this system will actually work and the EU unique device identification (UDI) system being introduced.

The increase in postmarket vigilance in the EU alone is expected to be like nothing we’ve seen in the past, and manufacturers are going to need to be prepared for these requirements very soon. As the notified bodies are expected to be closely policed to the new more stringent requirements of the MDR, it’s likely that manufacturers are going to have to be very diligent with their controls and ensure that their quality management system (QMS) is robust enough to satisfy the highly demanding auditors.

We’re now looking at roughly 13 months left in the overall implementation of the MDR. As indicated earlier, the increase in expected timelines for the notified bodies is already blowing out to 12-14 month waiting lists. This is not to gain your approval, but to get your technical file reviewed for certification. And if we consider technology, and how quickly technology evolves, this waiting list is going to place a huge strain on various resources throughout a manufacturer’s businesses.

In addition, some notified bodies are being even more selective with the type of products and manufacturers that they’re looking to support. Given that there are less suitable notified bodies and no shortage of new technical files to review (either new products or newly required reviews from the MDR), one can assume that they will be selective, leaving some companies out in the storm.

As if management through the MDR and IVDR transition periods wasn’t enough, manufacturers must also consider the current circumstances in the U.K. With the only a few months left for implementation the MDR, if there is no agreement between the U.K. and the EU, there will be no notified bodies in the U.K. This will affect not only those manufacturers who currently use U.K.-based notified bodies, but also those who import into the U.K. and export to the EU.

So, let’s tackle the first point around notified bodies in the U.K. Most U.K.-based notified bodies have already started to leave the U.K. in preparation for the worse case scenario where their certificates will not be valid in the EU.  Some notified bodies have already started to inform their customers of their change of location and what they may expect. The challenge with this is that most manufacturers are potentially not going to have access to a CE certificate for several months. Only a few regulators who currently use the CE as a pathway to market (Australia for example) have introduced alternative approaches or arrangements during this transition. Although the challenge is recognized, the potential workload may not be. An example of this can be seen in Australia which currently imports 90 percent on CE certificates. All of these require recertification: 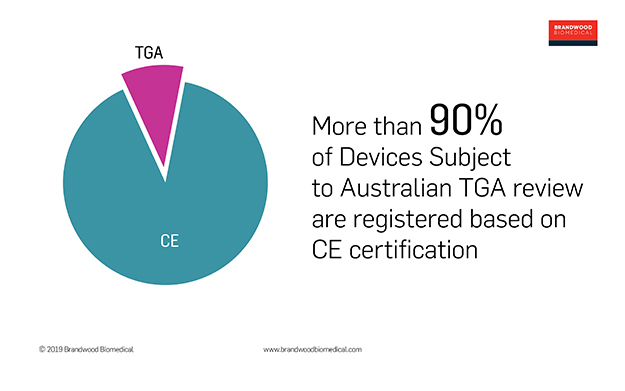 We then need to consider the impact to importers and exporters. It’s estimated that 50 percent of all products sold into the EU are certified by a U.K.-based notified body. Furthermore, 70 percent of products imported into the U.K. are certified by U.K.-based notified bodies. The uncertainty for those companies is daunting, and how this will be managed within the U.K. is yet to be resolved, and yet time continues to tick away.

There also needs to be consideration for economies that leverage a CE mark as a fast track to market. There are some global regulators who have prepared for the storm, but this doesn’t necessarily make it any easier for those regulators or the manufacturers. Some of the affected economies can be seen in the Figure below: 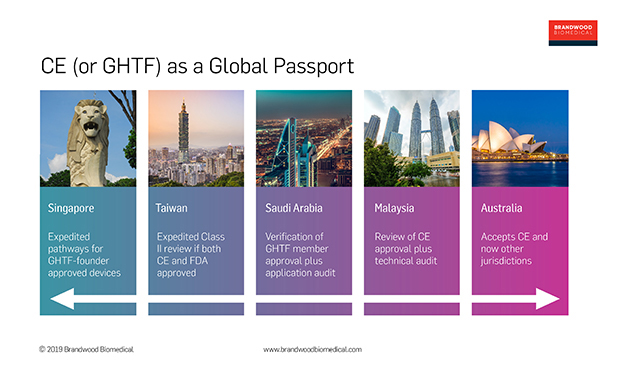 For device manufacturers, how do you prepare yourself for the ramifications of this storm now that we’re running out of time to get to the other side?

Like always, ensure your technical documentation meets requirements. We often see poor technical document development affecting your country applications. As there is more consensus on the standards to be used as part of the technical file, manufacturers must ensure the team developing the documentation is aware of and familiar with these standards. Getting this part right provides a great opportunity to then piece together and adapt the information into your relevant dossiers for global registrations. Failing to get this right will undoubtedly impact your speed to market.

There is also an ongoing debate around how much clinical data is required. With the new EU requirements, there must be more scrutiny to address the expectations around clinical evidence and the monitoring of postmarket data. These are the expectations of the notified bodies, and these will be robustly enforced.

In addition, manufacturers must ensure their regulatory teams and other stakeholders are aware of the changing environment. This doesn’t just mean that you know what is changing in the regulatory areas, but also having a clear understanding of the relevant standards your device is required to meet. This is up to the manufacturer to determine, and the notified bodies will be looking closely at this to ensure these standards are met.

Finally, manufacturers must address the commercial aspect to all of this. Manufacturers must ensure that their sales and marketing teams are closely aligned with the regulatory teams, and both are clear on what is actually possible. If the organization is not clear on all the changes in play now, including expected changes into the future, there will be substantial frustrations companywide. These changes will impact your organizations’ revenue targets, product already in the market, and how customers’ communication is managed as it relates to postmarket requirements. Manufacturers must be sure the entire organization understands these changes and is prepared to consider the markets they’re entering and the associated timelines. The alignment of the sales and marketing and regulatory departments can be a huge advantage in ensuring the company is able to reach its targets. 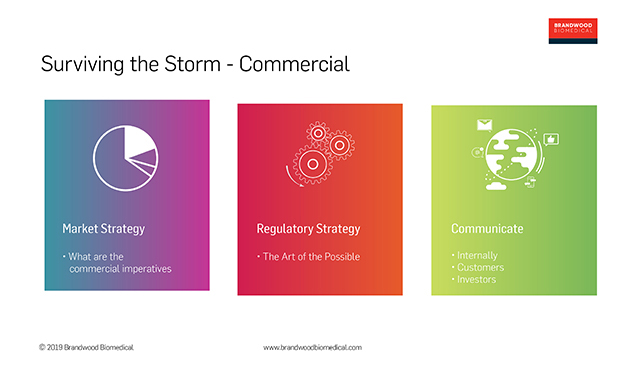 Overall, we’ve been through some rough, turbulent weather; however, as we look to the horizon, there are some rays of sunshine starting to flicker through. Yes, this is quite challenging, and all the challenges are not yet behind us, but the industry will get through the changes, and in most instances, will see an improvement to the products being developed.

Be sure to keep yourself informed, connect with competent professionals to support you, and ensure your organization has kept up.

Grant Bennett is CEO of Brandwood Biomedical and provides expert consultancy services relating to regulatory compliance in Australia, New Zealand and the Asia-Pacific. Grant is also responsible for management oversight of all Australian consulting projects.

EU MDR: How to Prepare for the Upcoming Changes in Regulation