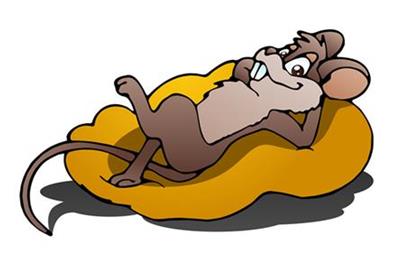 Everything has a place, and everything in its place. This fundamental principle of tidiness clearly has a different meaning to everyone — particularly when referring to bedrooms occupied by teenagers. However, humans seem to be pretty unanimous when it comes to the disposal of sewage waste. Without putting it to a vote, it’s a pretty safe assumption that people would prefer not to use their living rooms as a repository for their “discarded matter.” Apparently, according to a recent study at the University of British Columbia (UBC), mice aren’t too keen on the idea either.

The study, published in ScienceDaily, April 23, 2019, focused primarily on how mice’s habitats affect their welfare and behavior. UBC researchers revealed that, if given the option, mice actually prefer to build their nests away from their excrement (and it only took 100 years to arrive at that conclusion). According to Joanna Makowska, adjunct professor in the UBC faculty of land and food systems’ animal welfare program, relegating mice to bunk in the bathroom is a common practice in laboratories. “Housing animals in an environment they are motivated to avoid compromises their welfare, and may also negatively affect research data,” she said. (1)

A Place to Nest; a Place to ‘Rest’

In addition to making significant contributions to pharmaceutical science, mice appear to have a knack for interior design. For the study, researchers divided 60 mice into small groups housed in either single-compartment cages or complex caging systems with three separate compartments connected by external tunnels. During the 15-week observational study, mice nested and urinated in the same location only 2 percent of the time — of course that might be partly due to the study being conducted during the series finale of “Game of Thrones.”

How the Living Conditions of Mice Can Alter Data

The study suggested that the quality (or lack thereof) of living accommodations can directly affect the welfare of mice. Specifically, mice forced to live in “low-rent” districts can experience physiological variables that could impact their response to experiments — not to mention their ability to host dinner parties. Ultimately, these circumstances can result in inconsistent and poor quality data. For example, researchers at Michigan State University had difficulty replicating an experiment due to some of their mice acquiring a microbiome (gut bacteria) and others experiencing a change in bone density.

A mouse’s microbes are an emerging concern. According to the researchers, the zoo of organisms on and inside each animal can shift for several reasons. A contributing factor could be the formulation of mouse chow, which is often a smorgasbord of grains, proteins and whatever their cage mates leave behind — so to speak. Some researchers suspect that stress, such as an early separation from the mother, or spending holidays with the in-laws, can also change a mouse’s microbial ecosystem (2).

Quality Audit - A Tool for Continuous Improvement and Compliance

The environmental “greenhouse” emissions from mice deposits don’t need to be on the scale of global warming — or even amplified from eating a breakfast burrito with onions — to have an impact on a mouse’s disposition. Some researchers have asserted that mice housed in an environment that has all the charm and ambience of a port-a-potty are prone to exhibit abnormal behavior. This might be manifested by an inability to perform inherent actions, such as making an effort to correct the homeostatic imbalance the mouse is experiencing. According to a study on abnormal repetitive behaviors (ARB) in captive animals, this and other types of erratic behavior can compromise the validity, reliability and replicability of testing and data gathering (3).

These studies emphasize the importance of data management best practices. Data quality is consistently a hot topic in pharmaceutical product development. The U.S. Food and Drug Administration (FDA) strongly recommends that every pharmaceutical product establish identity, strength, purity and other quality characteristics to ensure the required levels of safety and effectiveness.

Former FDA Commissioner Scott Gottlieb reiterated this position in a December 2018 news release:  “Having clear guidelines for companies on how to prevent product quality issues is an important step to protecting patient safety and preventing drug shortages. Our goal is to ensure that the data associated with drug manufacturing are complete, consistent, accurate and reliable.” (4)

Data gathering and analytics technology is advancing rapidly, and industry experts agree that improving data quality is an achievable endeavor. One such expert is Vijay Bulusu, head of data and digital innovation for PharmSci Worldwide Research and Development at Pfizer. Speaking at Bio-IT World, April 16-18, 2019, he reminded attendees that regulatory inspectors have high expectations for data quality. Getting the most from predictive analytics depends on rapid access to high quality and comprehensive data. (5)

For nearly two decades, the FDA has been striving to establish a modernized, risk-based approach to pharmaceutical regulation. In its report on pharmaceutical current good manufacturing practices (CGMP) for the 21st century, the agency set a goal to create a regulatory framework that will encourage pharmaceutical manufacturers to make use of modern tools to facilitate the implementation of robust manufacturing processes that reliably produce high-quality pharmaceuticals. The underlying intent of this effort is to restructure its pharmaceutical oversight by moving toward a framework of regulation based on quality systems and risk management approaches. (6)

This puts more of the onus of quality and risk management on pharmaceutical companies. Gottlieb acknowledged that the FDA continues to observe violations involving data integrity. “Pharmaceutical quality can only be assured by robust quality control, which includes vigilant oversight of data integrity.” (7)

"Our ultimate goal was to give mice more autonomy in designing their own space and thereby enhance our appreciation for their capabilities and preferences," said the UBC study’s co-author Becca Franks, a former postdoctoral fellow in the UBC animal welfare program and currently a visiting assistant professor at New York University.

Aside from allowing mice to hire a contractor to do some remodeling and add a bathroom, data quality can be significantly improved with digital technology. Modernizing quality management systems and processes facilitates better and more informed decisions and manufacturing best practices. As a result, regulators have greater assurance of a company’s ability to identify and mitigate potential risks and develop safer products faster.