Simultaneous US/EU Regulatory Approval: How Timing Could Be a Factor 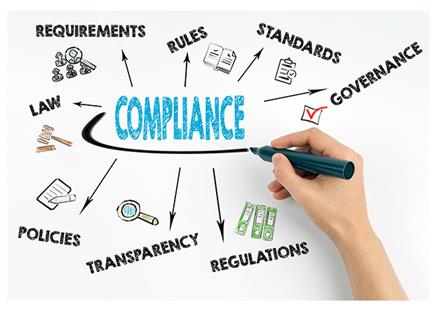 As the world of medical device technology continues to gain momentum, companies are looking for every opportunity to get products on the global market faster. One approach to speed things up is seeking simultaneous regulatory approval in two of the largest global markets – the United States (U.S.) and the European Union (EU). The current push toward more global regulatory harmonization could make this a viable course of action. However, governing entities in both regions are embarking on changes that will likely disrupt the way medical device companies approach their regulatory strategy, potentially putting simultaneous regulatory approval further out of reach.

The cornerstone of the U.S. Food and Drug Administration’s (FDA) medical device regulation has always been safety and efficacy. Using these elements as a standard requirement, the agency set up the 510(k) as a pathway for achieving regulatory approval for new medical devices. In a nutshell, the 510(k) was designed to demonstrate that a device is at least as safe and effective as an existing (predicate) legally marketed device. One issue with this method is that technology and innovation evolves, yet the FDA continued to base the “seaworthiness” of new devices on a decades-old benchmark.

Recognizing the need for an upgrade, the FDA recently announced plans to modernize the 510(k). “We believe firmly in the merits of the 510(k) process. But we also believe that the framework needs to be modernized to reflect advances in technology, safety and the capabilities of a new generation of medical devices,” said FDA Commissioner Scott Gottlieb in a Nov. 2018 news release.1

Gottlieb asserted that while the FDA plans to pursue more modern safety and performance criteria for medical devices, the agency remains determined to ramp up its efforts to make innovative and potentially transformative devices for treating devastating diseases available to patients. The following are highlights of the FDA’s initiative to make the 510(k) more contemporaneous:

Meanwhile, in the EU, regulatory bodies are adopting more restrictive approval processes that will inherently slow the pace of innovative technologies and market approval. The impetus for a more circumspect approach to regulatory approval was likely based on scenarios where unsafe medical devices reached consumers. One such product was the Poly Implant Prothèse (PIP) breast implant.

In 1991, a company called Poly Implant Prothèse began production of silicone breast implants, manufacturing over two million sets over the course of 20 years. It was later discovered that the implants were made from a cheap, industrial-grade silicone that was not approved for medical use. The implants experienced a high rate of rupture, which subsequently caused inflammation and, in many cases, scarring and other adverse effects.2

What followed was a global health scare and a major overhaul of European medical device regulations, which led to crafting the new Medical Devices Regulation (MDR). The MDR was set into motion in May 2017 with a three-year transition period for medical device manufacturers to make the necessary preparations. The new regulation is slated to fully replace the current Medical Devices Directive (MDD) in May 2020.

Some of the key changes to the EU’s regulatory processes include:3

The Prospect of Simultaneous Regulatory Approval

While there is some overlap in each governing body’s regulatory revamp, the changes each entity is proposing for their respective regulatory processes aren’t quite balancing the scales. The MDR is currently in the middle of its three-year transition period – many issues still need to be sorted out as companies prepare to comply with the new regulations. The FDA, while still in the early stages of rolling out its strategic priorities for the 510(k), is moving ahead with other modernizations and smoother pathways to regulatory approval for medical devices.

Consequently, the time frames for the review and approval processes of both regulatory bodies are still unknown. “It will be difficult to plan simultaneous market launches unless a company’s marketing group wants to wait for clearance from both US and EU, which will likely be staggered – I assume they would not,” said Adam Cargil, senior associate, advisory services, KPMG.