How to Minimize Protocol Deviations 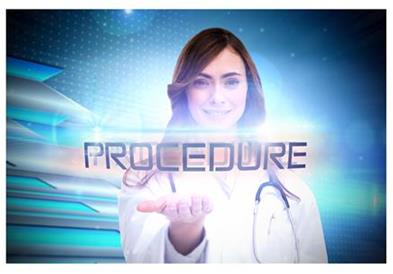 Year in and year out, protocol deviations are the most common U.S. Food and Drug Administration (FDA) site inspection finding. Why does this keep happening?

If you’ve seen FDA’s Inspectional Observation Summaries, you know that, in 2017, the most frequently cited violation in clinical research by far was “failure to conduct research in accordance with the investigational plan.” Do you know this also topped the list the year before that? And the year before that? In fact, deviating from the protocol has been the most common observation every year for the last decade. Why?

The Nature of Protocols

This will come as a surprise to no one: not all protocols are well-written.  Important procedures can be hidden in the most obscure places.  Charts depicting time and events schedules are famous for carrying dozens of footnotes that appear nowhere else in the protocol, yet convey important study procedures. For instance, a pre-dosing column may include a footnote that provides a timeframe for performing a physical exam; a post-dosing footnote might specify the interval at which vitals must be taken. Failing to follow study procedures compromises subject safety and data integrity; the FDA won’t care whether the procedures were in big bold italics or 7-point font.
This, too, may come as no surprise, but not all protocols are error-free.  Information in charts may not match the narrative. Procedures in section A may conflict with procedures in section B. When the FDA investigator spots an inconsistency, you’ll be asked which of the two conflicting procedures you followed and why. If you performed procedure A only because you didn’t even notice there was a B, it will be clear you didn’t read the protocol as thoroughly as you needed to. The FDA investigator may become concerned that your study execution differed from the sponsor’s intention. This is not a concern you want to trigger.
For these reasons, it’s imperative that study staff read and understand the protocol. Study team members need to ask questions about anything they’re unsure of, seek clarification on protocol inconsistencies and get responses that satisfy before starting the study. A PowerPoint overview is not sufficient training.

#ProtocolViolations are often the most common #US_FDA site inspection finding. Find out how to reduce these through protocol training. @MCMasterControl #ClinicalResearch http://bit.ly/2HDoBJA

One more irksome attribute of protocols that can make them difficult to follow — they change. While most study sites allocate time and resources for initial protocol training, many lack a plan for training staff on protocol amendments. A disproportionate number of protocol deviations occur in amended procedures, and it’s often because staff members have been insufficiently trained on them. (And when you do train on protocol amendments, don’t forget to document it.)

This article is related to the Data Sheet:
MasterControl Deviations
To view the full details, please download your free Data Sheet.

A protocol is not a suggestion; principal investigators (PIs) cannot substitute their own judgment for prescribed procedures, no matter how well-intentioned the departure. The protocol for a psoriasis study might call for the PI to perform a series of punch biopsies, which are very invasive procedures. After the first biopsy, an empathetic PI might be tempted to skip a second if he observes the plaque is clearing up; the drug is working. But this would be a protocol deviation. The protocol for another study might preclude the use of a particular drug, even though the drug is routinely used throughout the practice to treat a symptom that a study participant is exhibiting. But the study protocol trumps standard of care; prescribing the drug would be a protocol deviation.
A PI who feels she must deviate from the protocol for some reason must obtain prior approval, since failure to follow the protocol can jeopardize the reliability of the study data, if not also a subject's rights and safety.

So, you’ve thoroughly read the protocol, you’ve asked all questions and received the necessary clarifications, you’ve trained your staff on the protocol and its amendments and you do your best to follow them.
Despite all your preparation and vigilance, protocol deviations happen. They just do. And when they do, here are two don’ts.
(1) Don’t panic.
(2) Don’t let an FDA investigator find them first.

Take the time to fully document any protocol deviations. Be sure to record why they happened, how they were corrected and what was submitted to the IRB.
[Note: IRBs have different requirements about what types of protocol deviations should be communicated.  Out-of-window visits are common and are frequently considered too minor to report.  But nothing’s black and white.  If the missed visit resulted in missed doses, that would probably change the calculus. The PI needs to determine whether to notify the IRB, and if no submission is thought necessary, it’s a good idea to document why not.]
Reprinted with permission. A version of this article originally appeared in InSite, the Journal of the Society for Clinical Research Sites.

Laurie Meehan is the social media manager for Polaris Compliance Consultants. She writes the company blog and eNewsletter, manages the company website, interacts with clients and colleagues on social media platforms and manages the company’s SOPs and internal training. Prior to joining Polaris in 2008, Meehan worked at a major telecommunication R&D company where she provided consulting and training on telecom services, and spoke at numerous industry forums. She holds a bachelor's degree in computer science from La Salle University and master's degree in computer science from Drexel University.