How to Gain Entry to Latin America’s Medtech Market 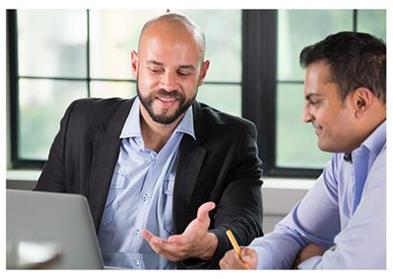 Latin America is developing into that sizable, predictable part of the world market of medical devices, and that would allow foreign manufacturers to have sustainable commercial operations. The Latin American market for medical devices and equipment is worth an impressive $30 billion.

It’s always difficult to enter a new market. Many factors can diminish success. Still, the risk can be worth the reward. According to Global Health Intelligence (GHI), deep epidemiological, demographic and market shifts are taking place in that hemisphere, and demand grew sharply for certain types of equipment between 2016 and 20173:


This blog post examines strategies and trends to consider when breaking into the Latin American market. First, I’ll address some common mistakes, and how they can be overcome, and then I’ll look at trends shaping Latin America moving forward.

Latin America is an attractive market for foreign #medicaldevice manufacturers that is worth an impressive $30 billion, says @MCMasterControl #medtech http://bit.ly/2LLqcPB

#1 Don't Start in Brazil or Mexico

Most companies first enter Latin America through its largest markets, Mexico and Brazil. However, these countries are costly and complicated pilot markets for a regional entry strategy.

Brazil is Latin America’s most complicated, bureaucratic business environment, with onerous local regulations, a myriad of taxes to report, costly labor regulations and social taxes, a high cost of capital, expensive real-estate, poor infrastructure, crippling traffic, and a conflictive legal environment. Most entries take about three times longer to reach positive returns in Brazil versus any other Latin American market.

The Mexican market is far easier to enter than Brazil, but as a result, the competition is a lot fiercer. Mexico’s political class remains stuck in an age of bloated corruption. The smarter move may be to start in a mid-size or even small Latin American market — such as Colombia, Peru, Panama, Guatemala, or even Argentina — where the learning curve is less costly, and competition remains weak, but red tape is not too onerous.

#2 Be Sensitive to Language and Culture

Latin America has the third-largest economy in the world by GDP, with a health care expenditure comparable to that of China or India1. The region is home to over 600 million residents in over 30 countries, and almost all speak either Spanish or Portuguese. These languages are closely related to the point of general mutual intelligibility, resulting in a high localization return on investment for the foreign manufacturer.

#3 Don't Award Market Exclusivity to a Single Distributor or Agent

Most Latin American markets are highly centralized, with anywhere from 60-90 percent of wholesale activity centered in the capital city. However, three countries are not structured as such: Brazil, Colombia and Mexico. In those markets, it is almost impossible to find a distributor with true national coverage and reach — though they might insist otherwise when you meet them at a trade show.

You should consider engaging multiple distributors in a country divided by region, sales channel, or client category. Exclusivity of any kind should be tied to minimal sales goals. It’s key to conduct due diligence when choosing a distributor in the Latin American region. Many foreign manufacturers loosely choose their distributors at trade shows — relationships that usually end in disappointment when distributors don’t meet their sales quotas.

You can’t afford to wait three years to determine whether your distributor was poorly chosen, and nothing inspires performance like competition. If you have multiple distributors in a market, and they are aware of one another’s performance, then your likelihood of success is high. If you are at the mercy of one distributor, your probability of underperformance is worrisomely high. Latin American markets represent nine percent of the world’s GDP and 10 percent of the global population2. You should expect the region to capture no less than 9-10 percent of your company’s global sales.

The number of non-communicable diseases (NCDs) — also known as chronic diseases— that are often linked to lifestyle and daily habits, such as cardiovascular disease, cancer, chronic respiratory disease, and diabetes, have dramatically increased. Comparisons of the prevalence of risk factors across the six World Health Organization (WHO) regions highlight the worrying state of health in the Latin American region4.

People in Latin America are aging faster than the rest of the world. Some estimates say that by 2060 about 30 countries in Latin America will have a greater proportion of older people than children under 155. Today, there are 71 million people over the age of 60; that number is expected to double by 2035 to over 214 million, an increase of more than 300 percent.3

#3 The Population Is Getting Connected

By 2020, more than a billion individuals across Latin America will be connected to a mobile network; this is equivalent to about three-quarters of the region’s population. There’s been a regional surge in smartphone adoption in recent years. Today, smartphones account for about 60 percent of the 690 million connections on mobile networks in Latin America6. The expansion of smartphone usage is driving the growth of health apps and other areas, such as cybersecurity at hospitals, remote care/telemedicine and home care. This will also drive demand for electronic medical record (EMR) systems and their associated cybersecurity solutions3.

#4 Hospitals Beef Up to Keep Up

Hospitals have logistics operations that continuously move large volumes of material among labs, pharmacies, pantries and administrative units. While this has cost, quality, and safety implications, it is not likely core to hospitals’ mission of providing patient care. Latin American hospitals face a challenge when it comes to creating cost efficiencies while running their logistics operations. Controlling costs requires the right tools and equipment, and that’s where hospital suppliers can prove their worth by supplying the right software and tools3.

This article is related to a brochure:
MasterControl Medical Device Solutions
To view the full details, please download your free informational brochure.

Latin America is made up of over 30 countries, which makes market penetration and regulatory compliance complicated and labor-intensive. In the past, eager companies have struggled — and even failed — in Latin America due to their unfamiliarity with the regulatory and cultural environment, which can prove to be a significant hindrance and potentially waste precious time and resources. Too many medtech leaders fail to see the light at the end of the tunnel. The four major non-communicable diseases (cardiovascular disease, most cancers, diabetes and chronic respiratory diseases) will cause 81 percent of deaths in Latin America by 20308. Insufficient domestic medtech production across the region leaves an open market for U.S. and European exporters. Some Latin American countries have difficult-to-navigate processes that, despite a growing trend of foreign registrations, remain challenging for many foreign companies. However, the regulatory landscape is changing in an attempt to bring state-of-the-art technologies to the people, although some Latin American countries such as Colombia offer expedited approval routes for devices already FDA-approved or CE-marked. Identifying the best-fit partners throughout the region — those with proven expertise in successfully navigating the Latin American market — is the ultimate key to success in this promising region.

Identifying the best-fit #medicaldevice distributor partners in Latin American countries - especially those with proven track records - is the key to #medtech sales in the Latin American market, says @MCMasterControl http://bit.ly/2LLqcPB

Reprinted with permission. This blog post was originally published as an article at: https://www.latammarketaccess.com/blog/2018/6/24/how-medical-device-companies-can-access-the-latin-american-market-to-increase-sales-and-achieve-long-term-growth.

Julio G. Martinez-Clark is CEO of LATAM Market Access, an Orlando, Florida,-based consulting company for life science companies looking to conduct trials, expand their market, and sell their products in Colombia and the rest of Latin America. Martinez-Clark holds a bachelor’s degree in electrical engineering and a master’s degree in business administration. https://www.linkedin.com/in/juliomartinezclark/