How to Become a QP in Europe 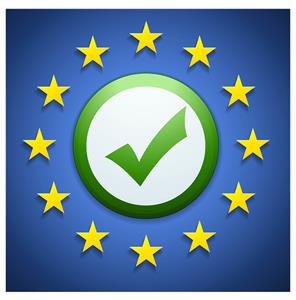 "Can I become a QP and live and work outside the EU?"

"I work for an American company that would like to export medicinal products to the EU. How can we hire a QP here in the U.S.?"

"I am an Irish citizen living and working in Australia. I am thinking of studying a course by distance learning, which also meets the requirement for persons seeking to become a QP. Is that possible?"

Unfortunately this is not as easy as one would think. To become a QP there are a few things that need to be considered:

1. The European Qualified Person is linked to a European Manufacturing authorization and licence (EU/ECC).

2. A QP is registered by the authority of the respective EU member state (or MRA-State). The requirements might differ from member state to member state.

Is it possible to be a European QP outside of Europe? asks @MCMasterControl. http://bit.ly/2gxVQy1

(2) "A qualified person shall be in possession of a diploma, certificate or other evidence of formal qualifications awarded on completion of a university course of study, or a course recognized as equivalent by the Member State concerned, extending over a period of at least four years of theoretical and practical study in one of the following scientific disciplines: pharmacy, medicine, veterinary medicine, chemistry, pharmaceutical chemistry and technology, biology (…). The course shall include theoretical and practical study bearing upon at least the following basic subjects:

Pharmacognosy (study of the composition and effects of the natural active substances of plant and animal origin).

In so far as certain diplomas, certificates or other evidence of formal qualifications mentioned in the first subparagraph do not fulfil the criteria laid down in this paragraph, the competent authority of the Member State shall ensure that the person concerned provides evidence of adequate knowledge of the subjects involved."

This article is related to the White Paper:
The Importance of Effective Quality Management in Complying with the European Union's GMP Standards
To get the full details, please view your free White Paper.

More information can also be found on the website of the European QP Association.

Wolfgang Schmitt studied pharmacy at the University in Heidelberg, Germany and the School of Pharmacy in London, U.K. He also holds a degree in total quality management from the University of Kaiserslautern, Germany.

After functions in the community pharmacy, he started in 1999 in the GMP-Coordination (R&D) of the former Knoll AG in Ludwigshafen, Germany (later Abbott). Subsequently he was head of quality management at SOLIQS (Abbott’s global Drug Delivery Business Unit).

From 2005-2006 he was an associate director and Qualified Person at Abbott’s Global Pharmaceutical Research and Development Quality Assurance, responsible for the GMP/GLP-Compliance. In July 2006 he joined CONCEPT HEIDELBERG as project manager where he is now Director Operations. Email him at w.schmitt@concept-heidelberg.de.