Here We Go Again With the Medical Device Excise Tax 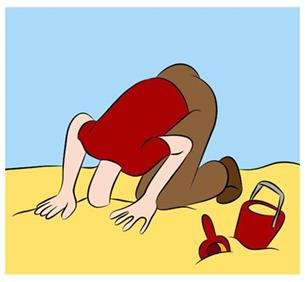 When the medical device excise tax was suspended recently, the industry was left with a sense of déjà vu. Between January 2013 and January 2018, the tax was implemented once and frozen twice. How long will this touch-and-go situation continue?

While everyone heralded the latest two-year moratorium that took effect on Jan. 22, it falls short of what the medical device industry wants. “It is only an interim step toward the truly needed action by Congress to fully repeal this tax and unleash the promise of medtech innovation,” said Scott Whitaker, president and CEO of the Advanced Medical Technology Association (AdvaMed) in a press statement.

The organization has been advocating for a repeal since the 2.3 percent excise tax took effect in January 2013 as part of the Affordable Care Act. Under the law, medical device companies are required to pay the tax based on their total revenues, not profits. In other words, they must pay it regardless of whether they make any profits.

The excise tax applies to both American-made and imported medical devices sold in the United States, with some exceptions. For example, eyeglasses, contact lenses and hearing aids are exempted because they are generally bought at retail for individual use. The unpopular tax was first stopped from January 2016 to December 2017. The latest moratorium will last until 2019.

What’s the lowdown on the #MedicalDevice excise tax? Read why the uncertainty about the tax has brought a sense of déjà vu. http://bit.ly/2FBI10A

Butler expressed concern that If the tax is implemented again, medical device companies will reduce R&D investment and cut personnel. Companies typically turn to such drastic measures in response to financial hardships.

Given that 2019 is not far-off, medtech firms should find long-term solutions for increasing productivity instead of second-guessing the fate of the excise tax, according to Matthew M. Lowe, executive vice president at MasterControl (2).

Instead of second-guessing the fate of the #MedicalDevice excise tax, medtech firms should look for long-term solutions for increasing productivity. http://bit.ly/2FBI10A

“Medical device companies can make their resources go further by automating labor intensive tasks and reducing scrap rates and reworks,” Lowe said. “In times of economic and tax uncertainty, they must implement tools that will make sure they are getting every ounce of value out of their labor investment.”

In a new white paper titled, “How Medical Device Firms Can Thrive Despite Tax Uncertainty,” Lowe and Butler share practical strategies for coping with tax and economic uncertainties. For example, optimizing and reallocating a company’s existing resources will go a long way in boosting operational and financial performance.

For medical device companies with manual processes, it’s common for a manufacturing engineer to rely on a document control professional to issue a document change number (DCN) to initiate a document change. How can you optimize manpower in this case? By switching to an electronic system, the engineer will be able to generate a DCN and initiate the change on his or her own.

This article is related to the Product Data Sheet:
MasterControl eTMF Manager for Medical Device™
To view the full details, please download your free Data Sheet.

The extra time the engineer saves could be used answering questions and solving problems on the shop floor, instead of doing paper work. The document control professional can concentrate on other, more complex tasks instead of manually issuing DCNs.

Only time will tell if the excise tax ultimately returns or if it’s completely repealed. In the meantime, medtech firms should focus on increasing efficiency and improving processes.