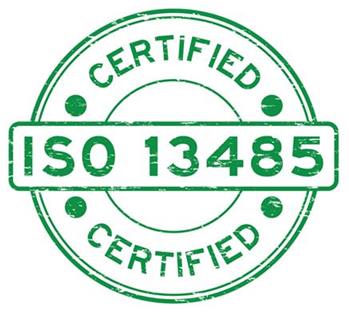 The U.S. Food and Drug Administration (FDA) plans to replace the Quality System Regulation (QSR) with ISO 13485. An announcement of a formal rule change is expected this fall, so GxP Lifeline asked three medical device industry experts and the Advanced Medical Technology Association (AdvaMed) to weigh the pros and cons of the plan.

“It was inevitable that the FDA would acknowledge ISO 13485,” said Michelle Lott, principal and founder of Lean RAQA (1). Likewise, Alex Butler, MasterControl’s manager of medical device solutions, thought the switch was only a matter of time, saying: “The FDA has been speaking about harmonization of regulations forever” (2).

Christopher Devine, Ph.D., president of Devine Guidance International (3), was partly surprised because QSR is codified under 21 CFR Part 820. In the United States, the Code of Federal Regulations (CFR), also known as administrative law, is binding and enforceable.

However, Devine said a part of him anticipated the move because of the FDA’s support for the Medical Device Single Audit Program (MDSAP), which is based on ISO 13485.

Like Devine, Butler and Lott considered the MDSAP a harbinger of the FDA’s plan. “The FDA’s participation in MDSAP means indirectly that the agency acknowledges the validity of ISO 13485 as an acceptable means to meet 21 CFR 820,” explained Lott.

MDSAP, initiated by the International Medical Device Regulators Forum (IMDRF) as a pilot program in 2014, is meant to simplify compliance efforts for the global medtech industry. The pilot lasted until 2016 and a full-fledged program went into effect in January 2017. The FDA accepts MDSAP audit reports as a substitute to routine FDA inspections.

AdvaMed, the world’s largest association of medtech manufacturers, supports the adoption of ISO 13485, according to Mark E. Brager, AdvaMed’s vice president of communications. He shared a letter sent by his organization to the FDA in response to the agency’s request for stakeholder feedback in identifying outdated, redundant or ineffective regulations and requirements.

“We encourage the FDA to consider when appropriate, reliance on ISO 13485, in place of 21 CFR 820 to assess a manufacturer’s quality practice. Such a practice will go far to reduce overlap, support international harmonization, promote timely access for patients, and foster more efficient regulation in the U.S. and worldwide,” according to AdvaMed’s letter (4).

All three experts and AdvaMed cited regulatory harmonization as the biggest advantage of the planned switch from QSR to ISO 13485. “Standardization will make the lives of device establishments considerably easier. Essentially, everyone will be using the same playbook to drive QMS guidance,” said Devine, who’s also a MedTech Intelligence columnist.

AdvaMed cited cost savings as another major advantage, estimating that FDA reliance on both ISO 13485 and MDSAP could cut down up to 50 percent of medtech firms’ inspection-related costs by reducing the number of overlapping inspections from FDA and certifying bodies. “Even if a manufacturer doesn’t participate in MDSAP, using ISO for FDA and overseas approval is likely to lead to cost savings,” the association said.

For Butler, the fact that ISO 13485 was revised in 2016 also offers a benefit. “It’s newer and clearer as a risk-based management guiding principle,” he said.

In spite of all the benefits, the medtech industry should expect some downside to the FDA plan. Change is never easy, especially when it comes to a regulation that has been in place since 1978.

Lott compared 21 CFR 820 with ISO 13485. She said the former is “very high level and not overly prescriptive,” while the latter is extensive. “ISO 13485:2016 has a 218-page guidance document with suggestions for implementation, so it’s much more tedious, bordering on prescriptive,” she said.

The FDA itself acknowledged the significant impact of the change (5), including the need to train its personnel on the interpretation and best practices of ISO 13485:2016.

Lott echoed such a concern. “All the FDA inspectors are well-trained in Quality System Inspection Technique, which is a radically different, system-based audit methodology,” she said.  “Whereas, ISO inspections, when conducted by a notified body, are largely checklist driven to ensure they cover every element of the ISO standard.”

A wait-and-see policy is best until the change becomes official. “Don’t assume that because you have an ISO certification you are home-free, at least, not until the FDA reveals its thoughts on an implementation scheme,” advised Lott.

Devine noted that the FDA move will happen on top of other changes in the regulatory landscape, such as the ongoing transition to the new Medical Device Regulation (MDR) in Europe. It will be enforced beginning next year.

Given all this, Devine has two words for medical device professionals in general: “Be patient.”

(1) Michelle Lott is the principal and founder of Lean RAQA, a regulatory and quality system solutions company. She has nearly 20 years of health care product experience, including holding executive roles for international regulatory and quality operations. She’s currently serving on the FDA’s Device Good Manufacturing Practices Advisory Committee as an industry representative.

(4) AdvaMed advocates globally for the highest ethical standards, timely patient access to safe and effective products and economic policies that reward value creation. Its members produce 90 percent of health care technology bought in the United States annually and more than 50 percent of such technology around the world. 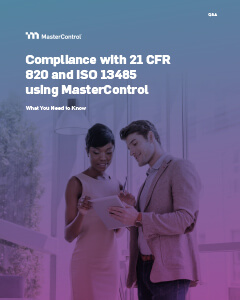