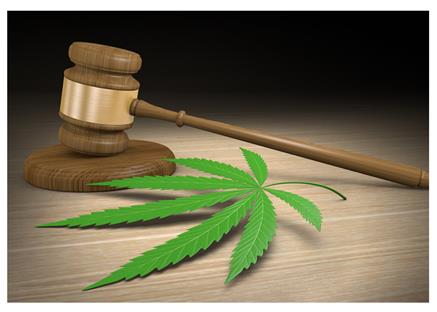 The mission of the U.S. Food and Drug Association (FDA) is to protect the public’s health in relation to drugs, biological products and medical devices sold within the U.S.1 When a pharmaceutical company is on the pathway to the approval of a drug, the FDA utilizes a process which may or may not require the use of an Advisory Committee. According to the FDA’s website:

Upon the organization of an Advisory Committee, a full-time FDA employee will act as chairperson. However, many or most of the committee’s members will represent third-party interests, including scientific expertise, industry and potential future patients. All selected committee members and their respective knowledge and experience reflect the questions and concerns FDA has in regard to the drug in question.

Patients and clinical trial participants who have taken the scrutinized drug experimentally are also invited to participate, more often than not. These participants provide a real-world view that can become influential to the FDA’s final decision.3

Real-world participants are given a chance to address the committee and any members of the public interested in the discussion at hand.4 As with many official gatherings, it isn’t uncommon for the chairperson to ask that any applause be held until all participants have had their chance to speak.

However, in one of the more recent Advisory Committee meetings, held on April 19, a 16-year-old boy stood up to address committee members and the public in attendance. After he spoke, the audience ignored protocol and applauded the teenager’s words. Sam Vogelstein, a high-school student and epilepsy patient, was the first U.S. citizen to try the experimental drug, Epidiolex. According to the FDA, Epidiolex is a “priority review” drug because of its success in treating disease with few or no alternative treatments. Priority review status ensures that a drug will be reviewed in six months instead of the standard 10.5

A 16-year-old boy stood up to address committee members and the public in attendance. After he spoke, the audience ignored protocol and applauded the teenager's words. Sam Vogelstein, a high school student and epilepsy patient, was the first U.S. citizen to try the experimental drug, Epidiolex, says @MCMasterControl http://bit.ly/2JhaJ4H


Today, Sam still takes the drug and has a lot to say about his experiences:

“My parents tell me there were times I had seizures 100 times a day.”


“I can understand what goes on at school [now that I am taking Epidiolex].”

“… I can have adventures that never would have been possible before.”6

After the proceedings, USA Today reported that the committee’s “13-member FDA panel voted unanimously in favor of the experimental medication [Epidiolex] made from a chemical found in cannabis – one that does not get users high.7 The panelists backed the drug based on three studies showing that it significantly reduced seizures in children with two rare forms of childhood epilepsy: Dravet and Lennox Gastaut syndromes.

The panelists backed the drug, Epidiolex, based on three studies showing that it signifcantly reduced seizures in children with two rare forms of childhood epilepsy: Dravet and Lennox Gastaut syndromes, says @McMasterControl http://bit.ly/2JhaJ4H

The same article also reported that Epidiolex is administered as a syrup and that if the FDA chose to follow the Advisory Committee’s recommendation “… [it] would become the first drug derived from the cannabis plant to win federal approval in the U.S.”

Sam’s father, who recently documented his son’s experiences in the “Science” section of Wired.com, writes that Epidiolex had liberated his son enough to allow him to study to be a bar mitzvah in 2016, to take a school trip to South Africa (12,000 miles from home) and to have the ambition to become a neurologist so that he could one day help other people with epilepsy.

Sam’s story is certainly inspiring and even more so when one considers Sam’s parents had already tried two dozen medications, a diet that Sam’s father describes as “crazy,” and corticosteroids that “made Sam look like a cancer patient.”

It’s safe to consider that this kind of long, delayed search would make any parent desperate for assistance, and Sam’s mother and father were no exception. In 2012, cannabis could not be formulated, sold or distributed in the U.S. (and still cannot) with the exception of some synthetic compounds.8 A drug formulated in the U.K. was Sam’s last option for help. With his parents, he flew to the U.K. looking for answers.

Meanwhile, GW Pharmaceuticals, based in the U.K., knew little about epilepsy and wouldn’t have been formulating drugs specific to the condition. However, Epidiolex was a “last resort” for Sam and his parents felt they had to try any drug that had a chance of alleviating Sam’s situation. Sam was given Epidiolex under the watch of a physician, and when it was clear that the benefits were more positive than might have been expected, GW Pharmaceuticals “… decided they needed to learn more about the disease, and quickly embarked on clinical trials.”

After clinical trials, GW Pharmaceuticals submitted the necessary documentation to the FDA to trigger the application for drug approval, marketing and sales in the U.S.

This article is related to the white paper:
How to Successfully Complete an FDA Inspection
To view the full details, please download your free white paper.

Although the FDA states on its website that the agency “… has not approved any product containing or derived from botanical marijuana for any indication,” and that “… the FDA has not found any such product to be safe or effective for the treatment of any disease or condition,” GW Pharmaceuticals’ Epidiolex may be an exception.9 The Seattle Times also reports that the “… the drug ‘has a negligible abuse potential’ making it more likely to be approved.10

On a separate but certainly pertinent note, legal judgments on the use of botanical cannabis seem to be changing on multiple levels across the U.S. Medical use of cannabis is now legal in 29 states as well as the District of Columbia and Puerto Rico, and recreational use is legal in nine states and decriminalized in 13.11

Sam’s father describes the dramatic changes that have stemmed from Sam’s first use of the drug:

“[Since Sam’s first experimental doses] … nearly 1,800 patients have tried it at U.S. hospitals, with about 40 to 50 percent seeing greater than 50 percent reductions in seizures. That sounds small until you consider that admission to the trials required patients to have exhausted all other medicinal options. Officially, Epidiolex will be approved only to treat two of the most severe types of epilepsy, Dravet and Lennox Gastaut syndromes. But doctors will likely have the flexibility to prescribe it for other epilepsies too. Many epilepsy drugs are prescribed this way, known as off-label.”12

In light of these results, the predictions across dozens of new reports are similar. Approval seems likely, but whether or not the drug will receive that status remains to be seen. In the meantime, it is apparent that Sam and many other patients are more than content with the drug’s life-improving results.

What Does This Mean for Medical Marijuana Startups

These practices include the following:

1) Improve Document Control: Adopt document control best practices from the beginning and your company will be a giant step closer to meeting many of the major regulations and standards set by both national and international regulatory bodies.

2) Use Change Control and Risk Management Processes: In the U.S., change control and risk-management processes are CGMP concepts that protect companies from unintended or unsafe consequences as they develop and manufacture product. These processes transfer well to international markets.

3) Establish a Collaborative Environment: As medical marijuana manufacturers forge a new regulatory path, clear communication will be required not only with the FDA but with the Drug Enforcement Agency (DEA) as well as the National Institutes of Health (NIH) and the National Institute on Drug Abuse (NIDA). A great deal of communication will be required and will need to be documented.

Marci Crane is a staff writer for GxP Lifeline and has written on life science-related topics for over a decade.