Risk Management and the Human Species

We consider ourselves a smart species; after all, we make smart decisions, we have smart phones, smart cars, smart this and smart that. How smart are we really? A full discussion on that will be a long-drawn dialog, so I will reserve it for another time. In this article I will explore that question purely through the lens of risk management; something that all species tend to do either systematically or by what we may consider as standard operating procedure (SOP). But wait! There is another SOP too, and it is not what you think. The answer is coming – so read on.

Humans exhibit similar behaviors when making choices. They would rather accept a sure gift of $500 than take a chance on a $1,000 gift that depended on the outcome of a coin toss, given there was no chance to lose anything even if the outcome was unfavorable. On the flip side, they would accept taking a chance based on a coin toss even if the potential loss was $0, or $1,000, rather than swallow a $500 guaranteed loss. The logic (or lack thereof) being they would be the lucky ones who could walk away with no “loss.”

In other experiments (by Dr. Daniel Kahneman and Amos Tversky), they found that framing the question has an enormous impact on how people perceive risk and the decisions they make. Given a choice that a treatment can lead to saving 200 lives out of a group of 600 versus saying it could cause 400 deaths from the same group, 72 percent chose the former, while 22 percent chose the latter2.

That Can’t Happen in the Life Sciences, Right?

Ready to re-think how smart we really are? What is it in our cognitive abilities that pre-disposes us to making wrong or bad choices and overlooking common sense? Consider the following before we attempt to dice that question:

What Is One to Do?

Start with a 2x2 diagram as illustrated below, understanding each quadrant with the interpretation provided, and slot your scenario in the respective quadrant.

To hone your ability in risk management, step out of your comfort zones and face the reality, no matter how much it hurts. Try slotting each of the previous scenarios A, B and C into one of the above quadrants. I would be curious to see your results.

Let’s get back to the SOP question we started with earlier. Would it be fair for me to say that in the above examples, and in scores of others, the modus operandi was that of “seat of pants?” Otherwise, how could one explain smart species doing dumb things. I will wait for your answer on that.

All contents of this article are copyright of Rai Chowdhary and may be used by MasterControl under permission from the author. 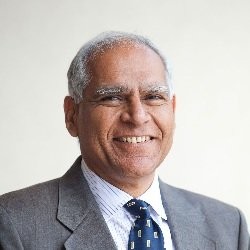 Rai Chowdhary is an author, business coach, and entrepreneur. He has coached business professionals and executives for over 20 years at small, medium and Fortune 500 corporations in the United States and across the world.

Throughout his career, he has worked on several products that have improved the lives of millions. Noteworthy examples are healthier snacks, orthopedic implants, minivans for the handicapped, lightweight radiation shields, and the world’s first and only X-ray attenuating cream for clinicians and hospital staff.