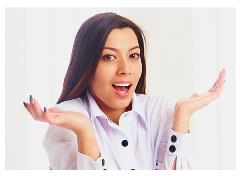 This article is related to the Toolkit:
25 Free Resources to Boost Your Quality Management System
To get the full details, please view your free Toolkit.

The table below is a deeper dive into the conflicting interests relating to quality assurance’s responsibility of selection of statistical technique used for design verification testing (DVT).  As you can see, development and manufacturing/ops have different interests when the listed considerations are analyzed.  If quality assurance were to be incorporated into either the development organization or the manufacturing/operations organization, they would not have the required independence to make the appropriate decision.

Now that we understand that independence is a must in order for quality assurance to assure product quality, let’s clarify the responsibilities of both quality assurance and quality cntrol and how both these functions are intended to successfully interact with the organization.

Quality assurance is traditionally tasked with the following responsibilities, which are intended to be proactive and prevent the production of non-conforming products.

Quality control is traditionally tasked with the following responsibilities, which in practice are reactive and intended to detect and set aside non-conforming products using inspection and testing mechanisms.

As a regulatory affairs professional, Kim Washburn’s work has covered the U.S., European Union, Canada and over 70 global countries. She brings more than 15 years of experience in the medical device, in-vitro diagnostics, pharmaceutical and biologics industries. Her areas of expertise include regulatory approval and new product development support, regulatory labeling, medical device software, FDA compliant design control and risk management, and technical writing. Prior to consulting, she held roles at Abbott Laboratories, OrthoSensor, Nipro Diabetes Systems, and University of Miami Tissue Bank. Kim received a BS in Biology/Computer Science from Illinois State University, after transferring from West Point (United States Military Academy). She can be reached at kimberleewashburn@gmail.com.