The Evolving Role of Humans in an Automated World, Part 1 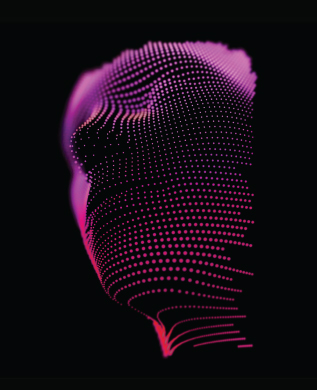 In a March 2016 game against 18-time world champion Go player Lee Sedol, Google’s AlphaGo computer program made a move that Sedol and Go enthusiasts everywhere initially believed was a mistake. It was “something outside of the expected way of playing Go that humans had figured out over thousands of years,” said David Silver, the computer program’s lead researcher.(1) Far from an error, the maneuver proved to be the key to a historic defeat of a player who was then considered to be the best ever to play the game.

AlphaGo’s victory was viewed by many as a frightening portent of the “technological singularity” — the uncontrollable, irreversible rise of the machines that will eventually cause humanity’s demise. The reality of the achievement is much more poignant and has far more interesting (and less panic-inducing) ramifications. By deviating from conventional Go tactics with one unorthodox move, AlphaGo presented a contrasting yet effective strategy that humans hadn’t discovered in millennia of game play. The computer program created new knowledge and sparked novel approaches to the game by breaking from tradition. It proved that machine learning, artificial intelligence (AI) and neural network systems have the potential to help humanity discover breakthroughs that might one day resolve the world’s greatest challenges.

The choice we now face, it seems, is between implementing and utilizing automation as a means of elevating our own capabilities or allowing ourselves to use advanced technologies in ways that could ultimately be to the detriment of our species.

When it comes to implementing new technologies, the ever-cautious life sciences industry typically lags behind other business sectors. But automation initiatives are gaining more traction in the life sciences as advanced technologies perform increasingly more of our day-to-day tasks.

Given the unsettling scenarios we can imagine for our automated tools, should we follow the lead of 19th century Luddite textile workers and attempt to destroy the machines before they make us obsolete? Not so fast, says MasterControl’s insightful new executive brief, “The Human Side of Automation: Putting People at the Center of Process Automation.”  The executive brief — the third in MasterControl’s “Quality ReMastered” series — explains how human oversight will always be required, especially when automation is deployed in highly regulated environments like those found in the life sciences. The brief highlights how the capabilities of even the most powerful machines are meaningless without humans’ interpretation and expertise.

A machine has no capacity to make moral decisions and therefore needs humans to make relative, contextual determinations and judgment calls. As an example of how people play the most critical role in any automated task, consider Stockfish, the powerful open-source chess engine. “Stockfish has this very sophisticated search engine, but at the heart of it is this module that says, ‘According to humans, this is a good position or a bad position,’” Silver said. “Humans are really deeply in the loop there. It’s hard for it to break away and understand a position that’s fundamentally different.”(2).

Even deep learning systems like Stockfish and AlphaGo’s more generalized variant AlphaZero, which has shocked the world with its creativity and game mastery learned by practicing millions of games against itself, can only operate according to parameters that have been provided by human overseers. Computer programs are like any other automated tool: they require a human touch in order to attribute any meaning or value to the tasks humans have programmed them to accomplish.

Computer Games Are One Thing, But How Will Automation Affect My Job?

The fear of being replaced by a machine is nothing new for those who labor in manufacturing environments. In 1948, Ford Motor Co.’s Delmar Harder coined the term automation when he described the company’s need to step up production with machine-populated production lines.(3) Since then, as production automation has progressively propagated and improved, it’s increasingly viewed as an existential threat to workers rather than an augmentation. An in-depth look at today’s production lines, however, shows that the speed and efficiency afforded by industrial automation is useless without the guidance and judiciousness of human experts.

A recent NPR report on a Volvo car plant in Ridgeville, S.C., depicted how the front ends of production lines are commonly dominated by assembly robots, while the back ends are far more dependent on people than machines, especially when it comes to issues concerning quality control or that involve problem-solving. The report asserted that people are better than robots at these types of tasks when production is going smoothly and that they have unparalleled advantages over their automated counterparts when things go wrong. While the robots in the Ridgeville Volvo plant are capable of identifying mistakes and stopping the production line when problems occur — a common event in modern auto plants that follow Toyota’s manufacturing efficiency philosophies — the human workers are better suited to resolving those issues when the line comes to a halt.(4)

Even Amazon, whose development of robots capable of packing 700 boxes per hour seems singularly aimed at eliminating human warehouse jobs, understands that people are needed to make workplaces operate more efficiently.(5) “Humans are amazing at problem solving and generalization,” said Amazon Robotics chief technologist Tye Brady. “Humans have high value and high judgment, so why would we ever want to separate that away from our machines? We actually want to make that more cohesive.”(6)

The Cooperative Future of Humans and Machines

Unlike other technological leaps throughout history that primarily disrupted the work of manual laborers, the labor trends spurred by the modern world’s advancements in automation, robotics and digitization are affecting manual and knowledge workers alike. Continuing advancements in technology will require some degree of adaptation among all types of professionals, whether that means upgrading their skills, reclassifying their current occupations or changing careers entirely.

If history is any indication, though, the new paths that technology will create on the road ahead are likely to bring more job opportunities, not job obsolescence. In fact, research from the McKinsey Global Institute projects that automation will initiate an incremental demand for 51-83 million additional workers worldwide by 2030.(7) Such increases in demands for additional labor forces, however, will surely be dependent upon overall global economic growth, the fluidity of labor markets, and available support for workers who will need new skills and/or training in order to transition to jobs that will be created or modified by new technologies.

Workers’ and companies’ ability to sustain regulatory compliance and competitive advantages in a world that is becoming exponentially more automated goes far beyond the modernization of technologies, according to “The Human Side of Automation: Putting People at the Center of Process Automation”  executive brief. The key to success in the life sciences will be organizations’ ability to leverage automation and real-time insights that empower their people to work smarter and adapt to the changing regulatory landscape faster. When used wisely, automation can help companies ensure they’re able to consistently bring high-quality, innovative products to market quickly and affordably.

Even if we wanted to curb the proliferation of technology, the progress of automation will never stop as long as humans retain two of our most defining characteristics: curiosity and the desire to find an easier way to make a profit. Our collective mission, then, should be to appropriately harness our automated creations and use them as complementary tools so that we can benefit from their output, rather than be superseded by them. As Erik Brynjolfsson and Andrew McAfee of the MIT Initiative on the Digital Economy put it, human workers are best served by concentrating on being “what we are that computers aren’t.”(8)

Stay tuned for the second part of this two-part blog series, which will explore the advantages gained from embracing automated tools and showcase real-world examples of trailblazers who are benefiting from them. For additional insights and perspectives on automation, download MasterControl’s other informative executive briefs, “The War on Paper: A Corrective Action Plan for Going Paperless” and “Architecting for Change: Embracing a Platform Approach.”