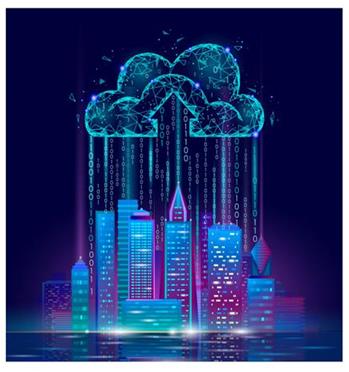 Unsure about cloud validation? You’re not alone. Many life sciences and other regulated companies are unfamiliar with a cloud-based quality management system (QMS) and wary about its validation. After all, their regulatory compliance is at stake.

Erin Wright, MasterControl validation product manager, demystified the cloud as it applies to regulated companies in a recent presentation at the ASQ World Conference on Quality and Improvement (1).

Wright said cloud technology is ideal for regulated companies compared to traditional on-premise system in terms of cost, efficiency and connectivity with suppliers and stakeholders. However, she said needless fears are keeping many companies from leveraging the cloud. Cloud-based systems  also known as “software as a service” or SaaS, are described by the National Institute of Standards and Technology as “the capability provided to the consumer to use a provider’s applications running on a cloud infrastructure.”

Wright enumerated some of the biggest misconceptions about cloud validation in her presentation at the conference held May 20-22 in Fort Worth, Texas.

Wright noted that cloud providers usually have dedicated security teams to protect the platform. Also, a frequently updated system will always have the latest security patches.

With the help of the tool, MasterControl customers have greatly improved their validation experience, according to Wright. On the average, they have reduced 104 hours of labor-intensive validation activities to just 20 hours and also cut at least 336 hours in overall project preparation time.

(1) Erin Wright, MasterControl’s validation product manager, spearheads the efforts pertaining to the development of the company’s Validation Excellence Tool (VxT), which streamlines the risk-assessment process and greatly reduces validation time. She created and implemented the configuration-based testing that drives the VxT and developed the formalized risk-based approach at the heart of MasterControl’s Validation Excellence methodology. She has over a decade of experience in quality, validation and regulatory compliance in SaaS companies.

The Ultimate Guide to Cloud Technology