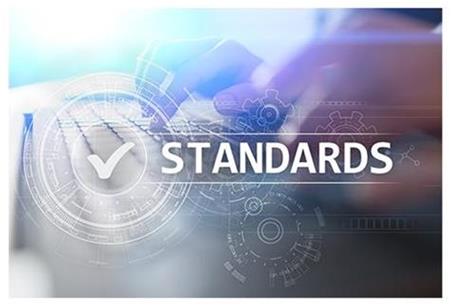 There’s been considerable disquiet over the lack of availability of harmonized standards to support the new European Medical Device Regulations (MDR). Harmonization is already in disarray, and it’s getting worse with risks becoming irrelevant to “state-of-the-art” regulation. The neglect has been going on for some years now - the European Commission hasn’t harmonized a single new medical device standard since 2017. As a consequence, more and more European harmonized medical device standards are out of date compared to the current International Organization for Standardization (ISO) revision.

To make matters worse, the work plan for the MDR risks publication of key standards which will already be outdated on the day they are harmonized to the regulations.

Enjoying this article? You may also like this Industry Brief:

"EU MDR: How to Prepare for the Upcoming Changes in Regulation"

In almost all cases, EN standards are technically identical to the existing ISO or IEC document but contain additional “Z-Annexes.” These provide a table of cross references detailing specific clauses of the standard deemed to be in compliance with corresponding European essential requirements in the directive. This is how harmonization is meant to work. Compliance with an appropriate standard provides unambiguous evidence of regulatory compliance. It provides clarity for all parties as to the technical expectations around safety and performance.

Once the CEN standard is finalized, it is referred for review and then for formal harmonization by publication of a notice in the Official Journal of European Union, such as this one.

All this seems perfectly logical and should be straightforward. But unfortunately, it is not so.

The review process is outsourced to an external contractor (currently Ernst and Young) that in turn uses external technical consultants who actually review the documents. There are only three consultants covering the Medical Devices domain – so they have their hands full.

The consultants are working on a set of rules as to what’s acceptable. And they are very specific and contain all sorts of traps. Things like not allowing documents where the Annex Z includes a table of all essential requirements with only those applicable filled in, (the table should only include reference to applicable requirements). Another example is the standard having undated normative references, stating that compliance requires reference to the whole standard (it must be done by specific reference to individual clauses containing technical specifications only) and not formally referencing the Commission mandate in the document. If there are any failures to provide this documentation, the whole thing has to go back to the Commission’s technical committee for revision. 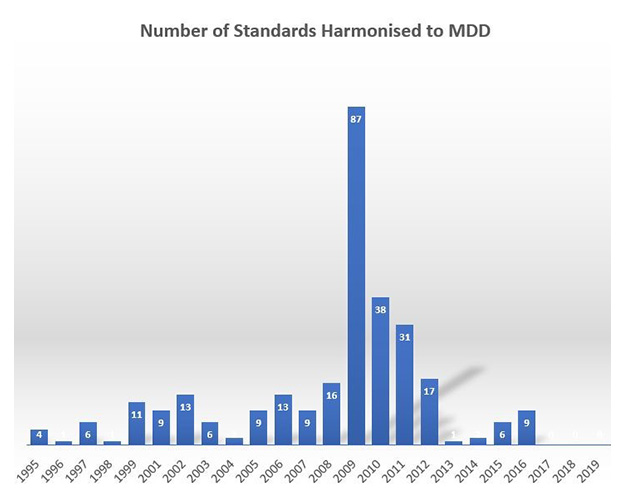 The end result is that an increasing number of harmonized standards are out of date. And that includes some very important documents such as ISO 10993-1 in which Europe accepts the 2009 version as harmonized, whereas the current ISO was published in 2018.

Unfortunately, things are not going to improve under the MDR. In June 2019, the European Commission issued the draft standardization request as regards medical devices in support of Regulation (EU) 2017/745 and in vitro diagnostic medical devices in support of Regulation (EU) 2017/746. This request identified the first batch of standards for consideration for harmonization to the MDR and the European In Vitro Diagnostics Regulation (IVDR). There are a large number of standards in the mandate:

The challenge is that of these six top-priority standards, four are under active review, with three of those about to be published. Yet the mandate specifically refers to current versions and the danger is, by the time they are harmonized, ISO will already have published later versions, and Europe will be starting off the MDR with obsolete harmonized standards.

Now there is an out – deep within the Commission’s reference, there is an option for the standards bodies to suggest to the Commission that a later version may be more appropriate. The Commission would then have to review that proposal, in due course issue an amended mandate, and then the documents would need to be reviewed again.

State of the Art?

There does, however, appear to be a pragmatic solution. Given the disarray, Notified Bodies are simply advising their clients to ignore the harmonization list and to go straight to the current ISO version of standards. The reason: both the directives and the MDR/IVDR regulations require devices to meet “state of the art” regulation, and the current standard is considered to represent that. In fact, for some key standards, Notified Bodies seem to requirethat manufacturers use the latest version.

Now this seems to be fine in principle, but when a standard is controversial, regulators may not always accept a new version (remember the long dragged out process for moving on to the 3rd edition of IEC 60601-1?). The potential for future controversy seems obvious.

Whatever happens, the real risk is that the whole European harmonization process is in danger of becoming irrelevant.

Which is a shame because regulators elsewhere are becoming more consistent, and certainly more current in the use of standards. The U.S. Food and Drug Administration (FDA) has an extensive list of recognized standards. Even China is updating its national standards in a concerted effort to expunge out-of-date documents.

And other regulators (especially the FDA) have extensive device-specific guidances which stand alongside standards.

Below are some practical advice tips for manufacturers to manage this issue.

This all means that on top of the challenging new MDR/IVDR implementations, international manufacturers are facing more uncertainty to remain compliant to standards due to the lack of harmonization. Regulators and the standards committee should be hard pressed to issue new and updated harmonized versions and reduce the backlog that has been building up since 2017.

Arthur Brandwood, director and principal consultant of Brandwood CKC, has spent more than 30 years in the medical devices sector working across industry, academia and government. His senior government roles have included serving as director of Device Registrations and Assessment at Australia’s Therapeutic Goods Administration (TGA) He has also served as chair of the regulatory expert panel for industry association AusMedtech. Over the past 20 years, Brandwood has provided expert consulting services to a global clientele ranging from start-ups to top tier multinationals. Brandwood CKC is an enterprise partner of MasterControl.