EDITOR'S NOTE: This is the first installment of a three-part blog series. Read Part 1 here and Part 3 here.

When I worked as a product development manager in a medical device company, the 510(k) clearance process proved to be both a blessing and a curse. The equivalence approach under the program meant our Class II device would receive a U.S. Food and Drug Administration (FDA) clearance relatively fast. But it also meant a competitor with a similar product that was approved in the 1990s would set the quality standard for our newer, better device.

Put yourself in my shoes. You could either go the extra mile (more like 100 miles considering the cost and effort) to conduct a clinical trial and prove your device is better than the predicate or take the equivalent and get your product cleared as soon as possible.

There’s a third choice. You could apply for a De Novo classification of your device (1). This pathway is typically chosen by firms whose devices have no substantial equivalents. In my case, my team could have argued that the predicate was so old and the technology we were using was so much better that the equivalent might as well not have existed.

Given those three choices, what would you do? I dare say that 99 out of 100 medtech firms would do what we did — we took the predicate and ran with it. Our device, which was superior to the predicate, received an FDA clearance. I’m pleased to say that despite using the standard of an old predicate, our device was and remains safe and effective.

In Part 1 of this series of articles, I talked about a recent report by the International Consortium of Investigative Journalists (ICIJ). Yes, it’s that report, the one that has been dominating water-cooler conversations among medtech professionals for its harsh indictment of global regulators and the industry. It’s the jumping-off point for this three-part series on the state of the 510(k) program. In this article, we will discuss the pros and cons of the program in general and the dangerous loophole in the equivalence approach.

A #medicaldevice industry veteran describes a serious loophole in the #510k process as the twilight zone. Find out what it is and see if you agree with his observations. says @MCMasterControl http://bit.ly/2Go5HGA

The gray area between using an equivalent under the 510(k) program and going the extra mile by conducting a clinical trial or by taking the De Novo pathway is problematic. I call it “the twilight zone.” It’s a loophole that allows unscrupulous companies to game the system.

The FDA told the ICIJ that at least in 2017, no high-risk devices were cleared through the 510(k) program. 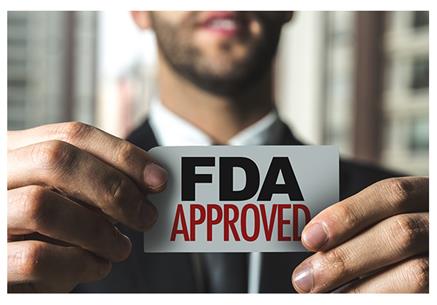 In addition to the 510(k) twilight zone and the “fast lane” discussed above, the FDA has recognized the program’s other shortcomings. The agency has proposed to modernize it to reflect technological advances instead of relying on outdated predicates. The program was adopted in 1976, the same year Congress enacted the Medical Device Amendments.

FDA Commissioner Scott Gottlieb acknowledged that from 2015 through 2018, about 20 percent of 510(k)s that were cleared based on substantial equivalence relied on a predicate that was more than 10 years old. He assured the general public that those devices are safe. “But we are concerned that this practice of relying on predicates that are old, and may not reflect modern performance characteristics, means that some devices are not continually improving. Yet beneficial iteration is at the heart of health technology advancements that can truly benefit patients,” he explained (3).

Clinical trials also represent a weakness for medical devices compared with the rigorous testing required for pharmaceuticals, according to the ICIJ report. “In the U.S., drug makers must show ‘substantial evidence’ of a new product’s safety and effectiveness, and usually require three trials. For devices, the benchmark is ‘reasonable assurance,’ which usually means a single study and no randomized controlled trials.”

In fairness to medtech companies and the FDA alike, drugs are inherently different from devices and it’s impossible to require the same clinical-trial standards for both. For example, a randomized trial is more feasible for a cholesterol pill because millions of people take them as opposed to a pacemaker, which has a much smaller target market.

The actual use of a drug versus a device is also vastly different. Going back to the cholesterol pill, taking it doesn’t require a special skill so patients can use it across the board. Meanwhile, the effectiveness and safety of a pacemaker depends not only on the quality of the device, but also the skill of the surgeon who implants it, the patient’s overall health, and other circumstances.

Despite the #ICIJ investigation lambasting the #510k process, a #meddevice expert argues that the program is indispensable. says "@MCMasterControl http://bit.ly/2Go5HGA

Despite all the criticisms, the 510(k) program is beneficial and indispensable. It has demonstrated versatility and reliability in the past 42 years since its establishment. Here are a few of the praiseworthy elements of the program:

#1 Allows medtech firms to bring devices to market faster: In 2017 alone, the FDA cleared 3,173 devices representing 82 percent of all cleared or approved devices, thanks to 510(k). As Gottlieb noted, the program was designed to recognize the “distinct challenges of regulating such a broad, diverse group of medical products.” Just how diverse is it? The FDA oversees 190,000 distinct devices! (4)

#2 FDA’s “refuse to accept” policy prescreens medical devices: Before a device enters the 510(k) pathway, the FDA’s “refuse to accept” policy prescreens it for quality threshold and completeness against 52 elements (e.g., biocompatibility, software, shelf life, electrical safety, etc.) As a result, 30 percent of candidates are not accepted for review at all.

#3 Eliminated 1,758 old predicates: As part of the FDA’s plan to modernize the 510(k) program, it will retire old predicates where new, safer technology is available. This will be in addition to the 1,758 devices that have already been removed as equivalents since 1976. “Of these, 1,477 (84 percent) have been eliminated since 2012,” according to the FDA. (5)

Now that we have discussed the advantages and disadvantages of the 510(k) process, we can take a look at what the future might bring for the program. In Part 3, I will also offer a practical strategy for medtech firms, so they won’t fall into the twilight zone and the temptation to game the clearance process.