EDITOR'S NOTE: This is the first installment of a three-part blog series. Read Part 2 here and Part 3 here.

To paraphrase the classic “Twilight Zone” TV series, there’s a dimension beyond which is known to patients and consumers, the middle ground between public criticisms of the U.S. Food and Drug Administration’s 510(k) program and the critical need for medical devices. It’s the medtech industry’s own twilight zone — the gray area between the pros and cons of the current device clearance process.

If you’re wondering what reminded me of the iconic science-fiction TV show, look no further than the recent report by the International Consortium of Investigative Journalists (ICIJ), which said: “Medical devices that broke, misfired, corroded, ruptured or otherwise malfunctioned after implantation or use — despite assurances by regulators, the industry and doctors that they were safe — were linked to more than 1.7 million injuries and nearly 83,000 deaths over the last decade.”(1)

The project known as the “Implant Files” investigation is the first examination of the global medtech industry and its regulators. To create the report, ICIJ and a team of more than 250 news reporters and data specialists from 58 news organizations in 36 countries gathered more than 8 million device-related health records. These include recall notices, safety warnings, legal documents, and corporate financial filings.

The Advanced Medical Technical Association (AdvaMed), which represents 400 members and advocates for the industry, denounced the investigation’s failure to take a comprehensive look at both the challenges and the achievements of the industry. “By magnifying the stories of only a few individuals, we overlook the overwhelmingly positive experiences of millions of others,” it said. (2)

The Evolution of Medical Device Clinical Trials: Their Background and a Look Toward the Future

As a medtech industry veteran, I’m deeply troubled by the investigation’s results. It compelled me to take a hard look at the industry, especially the 510(k) process, which received a special mention in the report. This blog post is the first of a series of three articles on this topic. In this article, we will discuss key points of the ICIJ investigation, the FDA’s response, and the implications of this hot-button public debate in the near future.

FDA in the Spotlight

While the report was global in scope and it scrutinized various regulatory bodies, the FDA received the brunt of public attention. Understandably so. After all, the agency has always been considered throughout the world as the gold standard in regulatory oversight.

News organizations focused on the 510(k) program’s weaknesses. “Roughly 3,000 medical devices enter the U.S. market every year through a system that generally requires little or no patient testing to verify safety and effectiveness. Unlike new pharmaceuticals, most medical devices reviewed by the Food and Drug Administration are cleared based on similarities to already-approved devices, not specific clinical trial testing,” said the Associated Press (3).

It’s true that most manufacturers of medium-risk medical devices receive FDA clearance as long as they prove that their products are at least as safe and effective as a previously approved device. High-risk devices typically undergo a different process called premarket approval (PMA).

The ICIJ published its report on Nov. 25, 2018.The following day, the FDA issued a decisive response, proposing to modernize the program. “We believe firmly in the merits of the 510(k) process. But we also believe that framework needs to be modernized to reflect advances in technology, safety and the capabilities of a new generation of medical devices,” said FDA Commissioner Scott Gottlieb and Jeff Shuren, director of the Center for Devices and Radiological Health (CDRH), in a press release (4).

The uproar over faulty #meddevices calls into question the existence of #FDA #510k. Read a device expert’s take on the #ICIJ report, says @MCMasterControl http://bit.ly/2rx88Mz 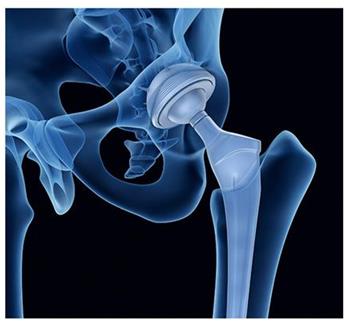 The uproar over faulty devices calls into question the very existence of 510(k), also known as premarket notification submission. A 510(k) dossier consists of technical and other information about the safety and efficacy of a device.

Most Class II and some Class I and Class III devices that don’t require a PMA receive such clearance. Classification depends on the device’s intended use and it is based on risk, with Class I as the lowest risk and Class III as the highest risk.

In their statement, Gottlieb and Shuren described the 510(k) program as a “contemporary” approach to regulation. It was adopted in 1976, the same year Congress enacted the Medical Device Amendments. The program was designed to handle the vast diversity of devices under the FDA’s jurisdiction.

“The 510(k) process allows the FDA to recognize that medical devices exist across a continuum of complexity and risk and that the scope of premarket review should reflect this risk continuum,” they explained.

It’s ironic to call the 510(k) program “contemporary,” considering that it’s 42 years old. Even Gottlieb and Shuren recognized the irony, saying: “The 510(k) pathway represents a more contemporary approach to the risk-based regulation of medical products, but this doesn’t mean the pathway is perfect or not in need of change.”

We can all agree that the process — at least certain aspects of it — is outdated. Four decades is a long time for any regulatory framework to remain untouched, especially given the rate of technological advances we’ve seen in the past two decades.

As a former product development manager in a medical device company, I had the opportunity to work on 510(k) submissions for Class II devices. Based on my experience complying with the program, I will say that the equivalence aspect of the 510(k) process represents both the strength and the weakness of the program — therein lies the “twilight zone” I mentioned at the beginning of this blog post. Equivalence is a gray area that’s both good and bad at the same time.

In Part 2, I will focus on the pros and cons of the 510(k) process in general and the double-edged sword of equivalence. In parting, let me ask you this: do you think the use of predicates encourage companies to “game” the clearance process? Be sure to come back for the next installment of this series.