Getting Paid: A Shifting Medical Device Reimbursement Landscape in Australia 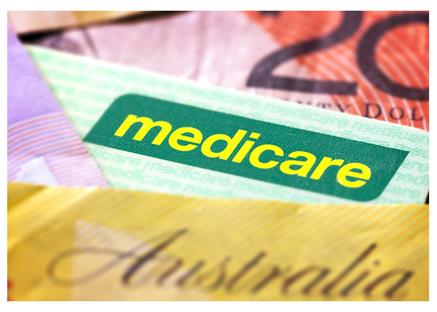 Australia is an appealing market for medical device manufacturers. It is a mature sophisticated market with a well-educated medical workforce. The health system is comparatively well funded and overall functions efficiently.  It can be a profitable and rewarding country for manufacturers. In common with all advanced economies, there are the inevitable budgetary pressures on the health system with an increasing reliance on high quality clinical and economic evidence for decision-making.

Medicare Australia is the country’s universal health care system. In addition, nearly half of all Australians opt to buy private health insurance (PHI). PHI is limited to hospital and ancillary cover only and excludes primary care and pharmaceuticals. Consequently, the hospital system is a mix of public and private systems. This can result in some fragmentation with opportunity for some perverse financial incentives in the system.

A fundamental of the Medicare system, which subsidises medical professional services across the public and private sectors, is the Medical Benefits Schedule (MBS).  This is a list of thousands of procedures and medical attendances that are subsidised by Medicare. The MBS is the basis of reimbursement of medical services in outpatient centres, doctor’s offices and public and private hospitals. Therefore, the MBS is extremely important for medical technology manufacturers.

A procedure must be included on the MBS to be covered by PHI. The doctor is subsidised by Medicare and the admission and surgical costs are covered by the patient’s insurer. There is a quirk in the Australian payment system where implantable devices used in private hospitals are eligible for a benefit over and above what an insurer may pay for the hospital admission. Implantable devices such as hip replacements, pacemakers, vascular grafts etc are included on the Prostheses List and attract this additional payment. If an implantable device is not included on the Prostheses List, it will be very difficult to be paid for that device in a private hospital.

There are specific criteria for a device to be included on the Prostheses List. The device must be registered on the Australian Register of Therapeutic Goods (ARTG). The procedure in which the device is used must be performed during a hospital admission. There must also be an MBS item number for the procedure. In addition, the product should:

(a) be surgically implanted in the patient and be purposely designed in order to:

(i) replace an anatomical part; or

(ii) combat a pathological process; or

Products that don’t meet these strict criteria, such as disposable ablation devices, balloon catheters and similar devices, are at a disadvantage as their costs must be met from the payment the hospital receives for the admission. This sometimes creates perverse incentives to use implantable devices.

The Prostheses List has been controversial in Australia over the past few years. The controversy arises over some differences between the prices paid for implantable devices in public hospitals and the prices paid in private hospitals. (Public hospitals have a different funding mechanism from private hospitals and this will be discussed later in this article.) The PHI industry in Australia ran a very vocal campaign in the Australian media claiming that some devices were vastly more expensive in the private sector than the public sector and also far more expensive than in other similar countries. As a result, there was a large degree of political pressure on the Australian government to force down prices for implantable devices in the private sector. Various senate inquiries on price regulation of devices and the affordability of PHI added to the media attention.

The private health insurance industry called for cuts of up to one billion dollars to the private implantable device market. While there is no doubt that this was an ambit claim, nevertheless the political pressure was such that the Australian government felt that it should act. The Medical Technology of Australia (MTAA), which is the peak body of the medical technology industry in Australia, negotiated with the government to absorb $300 million in benefit reductions in exchange for some concessions from the government. The end result was a five-year agreement between the MTAA and the Australian government.

There are pros and cons to the agreement for industry. Cons of course include the decrease in prices which affect some devices more than others. There may be an increase in some fees and the changes that are favourable to industry have the longest implementation times. Pros include much greater certainty to manufacturers wishing to access the still very lucrative Australian market. Over time, better governance, review processes and transparency should be of assistance to the industry, and the review of the listing criteria will provide excellent opportunities for innovative technologies.

Australian hospitals are funded by a DRG (Diagnostically Related Group) system. The Australian Refined DRG (AR-DRG) is a patient classification system that provides a clinically meaningful way of relating the types of patients treated in a hospital to the resources required by the hospital. This system is supported by the National Hospital Cost Data Collection (NHCEC), which is a comprehensive annual study that produces a range of detailed hospital costs. By this methodology, each admission to a public hospital is assigned a specific AR-DRG which is linked to a ”cost weight.” For example, a knee reconstruction has a cost weight of 1.70, whereas a liver transplant has a cost weight of 32.92. Each year, the Independent Hospital Pricing Authority (IHPA) determines the national efficient price (NEP) for a cost weight of 1.  While there are a series of quite complex adjustments, simply put, a hospital is funded for each procedure by multiplying the cost weight of an AR-DRG to the NEP. The NEP for 2017-2018 is $4,910 AUD.

The relevance of this funding system for device manufacturers is that devices should demonstrate the economic and clinical benefits of their devices. Any device that is able to demonstrate improved clinical performance without increased cost or alternatively, allow a reduction in the use of resources, should be able to be successful.

The Australian government is also investing in new models of primary care. Government policy is encouraging the use of digital medicine to gain efficiencies. Opportunities exist for companies that have technologies that can keep Australians in the community and avoid hospitalisation, including telehealth, remote monitoring and office-based procedures.

To conclude, despite the budget constraints that affect all national health care schemes, the Australian market is a desirable one for medical technology providers. The market is rewarding but complex.  Understanding the various nuances of the dual public and private markets is essential for success.

Sarah Griffin is Principal Consultant for Reimbursement for Brandwood Biomedical. She provides expert consultancy services relating to reimbursement, health financing and health economics in Australia, New Zealand and the Asia Pacific. Griffin is also responsible for management oversight of all reimbursement consulting projects. She has more than 25 years experience in the medical technology sector including health economics, health insurance, health policy and legislation, medical finance and reimbursement systems and government relations.