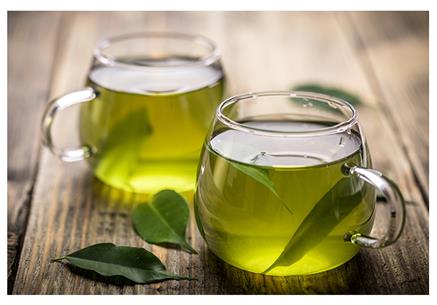 The concept of food as medicine is one of the central tenets of the alternative medicine industry, which tends to rely heavily on supplements. Studies involving foods are becoming more common and certain health claims can legally be used. For other foods, sufficient evidence may be lacking to substantiate such claims, but companies can still capitalize on the public’s perception of those foods. These so-called functional foods that claim big health benefits are to a certain degree stepping on the toes of the nutraceutical industry, but the trend is to embrace foods and drinks, not compete against them.

Functional Foods Are Taking Off

A prime example of this that has been popular for some time is yogurt as a source of probiotics. The marketing strategy of some yogurt companies has essentially been, why take a pill for gut health when you can enjoy a delicious, creamy yogurt and get the same results? The problem with this approach is that the U.S. Food and Drug Administration (FDA) and Federal Trade Commission (FTC) aren’t any more lenient with health claims about foods than those about supplements. Saying that yogurt contains probiotics is one thing, claiming that yogurt will regulate a consumer’s digestive system is something else. Caution is still needed when it comes to marketing.

Organizations entering this space should start small — in more ways than one. People love to snack, but many traditional, convenient snack foods are considered unhealthy. Combine that with consumers looking for food with additional health benefits and you produce a market that’s eager for functional snacks1. Turmeric, collagen, probiotics/prebiotics, hemp and chia are just the tip of the iceberg when it comes to nutraceutical ingredients that are perfect additions to transform a snack into a functional snack.

Functional Beverages – Where Things Get Tricky

If the line between food and supplements is sometimes blurry, it’s even worse between beverages and supplements. While certain supplements are liquids, it’s obvious they’re not beverages. Examples of this include liquid dietary supplements that are only meant to be consumed in small doses and have that dosage listed. When the dose is large enough to resemble the serving size of a conventional beverage, the term “dietary supplement” may not apply. According to the FDA’s guidance on the subject, a liquid’s classification as a conventional food versus a dietary supplement is largely determined by packaging, how much of the liquid is meant to be consumed, the product or brand name, and marketing statements2.

What Can Be Said

The FDA and FTC have very specific rules regarding what can and cannot be said on food and supplement packaging. This is why nutraceutical companies tend to heavily rely on consumers doing their own research to determine what possible benefits can be obtained from certain supplements. This method can be employed with functional foods as well. With rare exception, most health claims regarding functional foods do not have sufficient evidence behind them for a company to list those claims on the label. In 21 CFR 101, the FDA states that there is enough evidence to support a link between the following substances and diseases:

Please note that the language regarding these claims still has to be very specific to be permissible3.

If a functional food or beverage does not fall under one of these categories, a nutraceutical company can petition the FDA for a qualified health claim. Ideally, after reviewing the scientific evidence, the FDA would issue a letter of enforcement discretion, which indicates that the Agency won’t object to the use of that specific claim as long as it meets the criteria.

Making health claims about foods is an area that gets more and more complicated over time, especially since there are different levels of qualified health claims. As more scientific research is done, some claims will be validated or disproven. In either case, what manufacturers can say on the packaging will change. This is a situation where having an automated system makes things much simpler. For instance, if one of the above claims loses its status as an approved claim, the wording on all packaging and labelling needs to be changed. Depending on how many products a company has, this can be monumentally difficult.

Changes in health claims status – just like any other change – require that some kind of system be in place to properly deal with it. If that system is manual or paper-based, it takes a long time, steps are overlooked and training takes a while to get updated. With an automated change control system, these problems are eliminated. An integrated system will automatically alter training tasks to reflect the change and streamline the entire process. Changes affecting multiple products can be tracked through a single form.

Using an electronic quality management system (QMS) also allows you to group together any standard operating procedures (SOPs) that are affected by this change. Since the FDA requires documentation regarding labelling of foods and dietary supplements, companies can group together all products that would need label changes. A QMS in general is also helpful for nutraceutical companies venturing into food production. Since the FDA’s requirements for food are different than those for dietary supplements, a QMS can help companies track those requirements and make sure they stay compliant. To read more on functional foods, download the free 2018 nutraceuticals trends white paper here.