The Next Evolution in Manufacturing 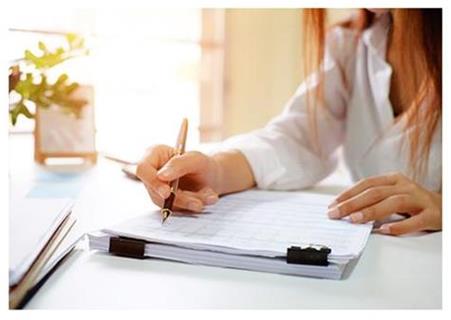 Today marks the 17th anniversary of the completion of the Human Genome Project (HGP). It took scientists 13 years to map and sequence all human genes, a staggering feat of modern science. Other advances in gene therapy, cancer treatments, artificial intelligence (AI) and more serve as a showcase of modern achievement. So, how is it that some of the very companies responsible for these impressive advances are still literally dotting their i’s and crossing their t’s with pen and paper on the manufacturing line?

Companies stick with outdated, paper-based systems for a myriad of reasons. It might be because of habit, a fear that automation will replace employees, or the perception that an electronic system would be too costly or too risky. However, when you take into consideration the ease of batch review (also known as lot review in some industries) and release that comes with an electronic production records, it’s obvious that the investment is well worth it.

The Proverbial Needle in a Haystack

One of the reasons it took so long to complete the HGP (though it did finish ahead of schedule) is the genome is massive. A single human cell contains a DNA strand comprised of a six billion letter code. It’s hard to fathom how much information is involved. Now imagine having to look through that six billion letter code. Manually. Without the help of technology. In a smaller way, this is essentially what the typical batch review and release process looks like. No, the batch review process does not involve billions of letters of code. However, it does involved thousands to tens of thousands of fields that need to be reviewed. That might be considerably fewer than six billion, but it’s still plenty for what is normally a manual, paper-based process.

If your current production record review process takes days, this is probably why. Reading through pages and pages of data takes a long time, even when everything’s in order and you don’t need to correct anything. That process gets lengthened when something’s illegible, written in the incorrect format, or outright blank. Finding all issues and correcting them is a major compliance issue and commonly cited in warning letters from the U.S. Food and Drug Administration (FDA). In fact, on a list of most common pharmaceutical citations in the fiscal year 2019, production record review was number four.1 Clearly, depending on human eyes to find and correct mistakes isn’t just frustrating; it’s ineffective.

As with most manual processes, a more efficient process comes by digitizing. Bringing digital software solutions to the manufacturing floor has numerous benefits, but one of the biggest comes in electronic production records.

Electronic production records are more than just a spreadsheet or Word document on a computer. Those examples wouldn’t literally be a paper-based system but would have many of the same problems. The best digital solution will simply tell you where the problems are instead of making you look for them. And, it will be designed in such a way that there should be virtually no problems by the time you need to review the record.

This isn’t a new concept. Most forms that you fill out on websites have required fields and formats. If you enter your birthday as MMDDYY instead of MMDDYYYY, you can’t proceed. If you leave your email address blank you can’t proceed. It’s not too much to ask that this same technology be applied to your production records. In fact, it’s a little ridiculous that it’s taken this long for it to become a reality. With MasterControl Manufacturing Excellence™ you get all this and more. As the records are filled out, users are notified if there are errors, such as those mentioned above. Since they can’t proceed until those errors are corrected, a finished batch requires very little review time. Now the quality department doesn’t have to read through every field to ensure compliance because the solution does that for you.

Survival of the (Digitally) Fittest

Digital advances are pushing manufacturing into the 21st century, but the traditional batch review process is holding manufacturing back. If you think things are safe in paper-based manufacturing because everyone else is in the same boat, think again. Because the paper-based boat is a sinking ship and companies are abandoning it. Manufacturing has been undergoing a digital transformation for years, meaning those who stay mired in manual processes are becoming the minority. As with any other advancements, falling behind means getting left behind.

The HGP would’ve never happened if technology hadn’t advanced to a certain point. Similarly, your company can’t realize its full operating potential as long as your quality department is flipping through pages of paperwork while the manufacturing department impatiently taps its foot. Shrinking your batch review time to a fraction of what it currently is will get product out the door faster while ensuring compliance.