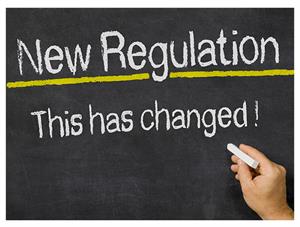 In 2020, the United States will hold a presidential election. Tokyo will host the Summer Olympics. For the medtech industry, the European Union’s Medical Device Regulation (MDR) will take effect. Politicians and athletes have been gearing up for 2020 and so should medical device firms.

“Considering how sweeping the upcoming changes are going to be, 2020 is not that far away and the transition time is not nearly enough for preparation,” said Matthew M. Lowe (1), MasterControl executive vice president, in an article published on Medical Design Technology. In 2020, medtech firms will start competing in a significantly different and more complicated European market, according to Lowe’s article, which discussed the potential impact of the new regulation.

The European Parliament adopted both the MDR and the In Vitro Diagnostic Medical Devices Regulation (IVDR) last year. The MDR replaced the old Medical Device Directives (MDD). It entered into force last May, which also marked the beginning of the transition period for compliance.

The MDR consists of 10 chapters,16 annexes and a total of 306 pages. It lays down rules concerning the placing on the market of medical devices for human use and accessories for such devices in the European Union. The regulation also applies to clinical investigations concerning such medical devices conducted within the EU. (2)

“The biggest impact here is the fact that all medical devices will have to be resubmitted under the new regulations regardless of current state in the marketplace,” wrote Lowe, a mechanical engineer with over 15 years of medical device experience. “There are grace periods depending on device type, but eventually everything will have to be brought up to the new standard. Every company that plans to stay in the EU market will be affected.”

He cited the regulation, which stated: “A device may be placed on the market or put into service only if it complies with this Regulation when duly supplied and properly installed, maintained and used in accordance with its intended purpose.” (3)

Majority of the new devices in the United States are launched through the FDA’s 510(k) clearance process. Under the new EU regulations, any equivalence claims must come with significant documentation around the device to which equivalence is being claimed.

“Medtech firms should examine the equivalence process under MDR because it is potentially onerous. It’s something most companies will not realize until they start complying with the new regulation,” said Lowe.

The new regulation says the manufacturer of a device proven to be the equivalent of an existing device may not conduct a clinical trial provided that the following conditions are fulfilled:

Lowe said the arrangement is practically impossible as the equivalence claim typically introduces another competitor into the marketplace. “Who really wants to welcome with open arms a new competitor that will eat away their market share?” he said.

The U.S. International Trade Administration forecasts the growth of the Western European device market alone (which covers five out of the 28 European Union countries) to reach $102 billion by 2020. The United Kingdom will remain part of the EU until March 2019.

The EU market is too lucrative for device manufacturers to ignore. To remain competitive there, they have to invest the time and manpower to evaluate their new requirements under the MDR. Yes, it means additional compliance cost.

“What the MDR implies is that the pathway to market in Europe is becoming more onerous, and as such, many device manufacturers may no longer choose to release their products in Europe first,” said Lowe.

Read the original article on MDT: