Is Your Medical Device Company Headed Toward a 483? 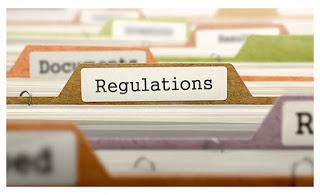 Medical device companies that sell product in the United States should be ready at all times for a Food & Drug Administration (FDA) inspection. FDA inspectors have the authority to issue a 483 notice, which is officially referred to by the FDA as a “Notice of Inspectional Observations.”1 The notice communicates when a company’s practices are not in compliance with regulatory standards and officially reflects the viewpoint of the inspector — not of the FDA itself. Despite this fact, the seriousness of receiving a 483 should not be underestimated.

Once a 483 has been received, a quick response is required from the inspected company in conjunction with a plan of action designed to remedy existing quality compliance issues. If a response is not made in a timely fashion and with acceptable action plans, eventual fines, warning letters or even prison time can be the result.

The seriousness of receiving a Form 483 should not be underestimated, says @MCMasterControl. http://bit.ly/2CkcFXu

On an annual basis, the FDA releases a report (“Fiscal Year 2016 Inspectional Observation Summaries – Number of 483s Issued from the System”) which details the most common reasons for FDA 483 observations. The report can be useful in guiding medical device and other life science professionals toward streamlined quality compliance.

According to the most recent report, the top three reasons (ordered by most to least occurrences of issued 483s) are shown here:


GxP Lifeline, in conjunction with MasterControl, offers a white paper which ranks the remaining seven reasons in order from most to least occurrences of issued 483s, details the specific regulations which should have been followed, and provides advice for 483 prevention.

Marci Crane is a regular contributor to GxP Lifeline and has written about regulatory compliance in the life science industries for more than ten years.