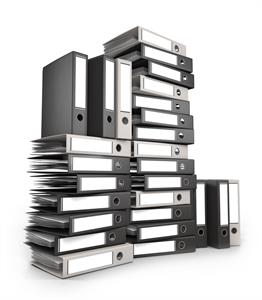 People say a picture is worth a thousand words. The 10 common pains in dossier management described in this infographic is worth 10,000 words given how much they affect the daily work of regulatory professionals and submission managers.

Getting medical devices cleared or approved has never been easy. A recent report shows that on the average, medical device firms waited 177 days before receiving a 510(k) clearance from the U.S. Food and Drug Administration. A total of 2,957 devices received 510(k) clearances in the United States last year, the lowest number since 2010 (1).

Medical device firms can’t afford delays in the product registration process, and as the infographic shows, common problems associated with manual processes can lead to ineffective dossier management, which in turn could lead to delays in regulatory submissions.

The infographic is based on a white paper, “How to Address 10 Common Pains in Dossier Management & Product Registration,” by Alex Butler, MasterControl’s manager of medical device solutions (2).

In discussing the importance of a product dossier, Butler said, “Whether the device is new and innovative or an iterative product, its manufacturer must demonstrate the device’s safety and efficacy through its dossier, or it will never reach patients and consumers.”

Butler, a former product development manager in a medical device company who has helped launch several Class II medical devices, identified the “lack of a single source of truth” as the number one problem encountered by regulatory professionals and submission managers when it comes to dossier management.

Medical device companies with facilities scattered in different cities and countries have a hard time ensuring that the entire organization is using current, approved documentation if individual departments and offices have their own systems. If those systems can’t “talk” to each other, the teams using them can’t work together efficiently either. Worse, the systems help create silos that could result in miscommunication. “You need a single source of truth—preferably a fully automated, web-based system as the repository for all artifacts,” said Butler.

One way of solving this problem is through system integration. It’s crucial to find a platform that can serve as the centerpiece for different systems to bring all teams together.

Disparate systems can also result in ineffective collaboration, number eight on the infographic. Global organizations with teams scattered across continents and time zones are vulnerable to this issue. A virtual collaboration space through a robust automated system can help bridge the physical distance.

The medical device industry can expect 5 percent worldwide growth annually, according to a research firm. The sales forecast this year is $413 billion, a great improvement from the flat device sales between 2014 and 2015 (3). By all accounts, there are plenty of opportunities for medtech firms. An effective dossier submitted in a timely manner is crucial to getting a clearance, premarket approval, or CE mark.