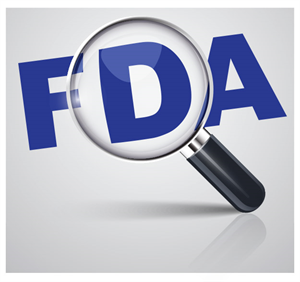 The most significant change from the draft to final guidance has to do with the analysis for labeling changes. As we discussed in our blog post on the draft guidance, the draft merely acknowledged that changes to the indications for use were some of the most difficult to assess.  The draft guidance did little to elaborate on how a 510(k) holder should assess whether a new 510(k) is required for a changed to a device’s indications for use.  The final guidance seeks to provide additional clarity, and in fact, adds five additional questions to Flowchart A, Labeling Changes (Questions A1.1 – A1.5).

How does a 510(k) holder know if a new 510(k) is needed because a device's indications for use changed? asks @MCMasterControl. http://bit.ly/2hY85EE

These additional questions suggest that if an indication change goes from single use to multiple use or from prescription use to OTC use a new 510(k) is always required. The questions also highlight that there may be additional flexibility in other types of indication changes.  For example, if a change does not “describe a new disease, condition, or patient population” nor does a “risk-based assessment identify any new risks or significantly modified existing risks,” a change to the indications for use may be documented without a new 510(k).

We should also highlight a new example FDA includes in Appendix A of the final guidance. This example highlights an indication for use change using a cleared device on a similar, closely related anatomical area.  FDA proceeds through the new flowchart and concludes that a new 510(k) is required because, although “there are no new or increased safety risks associated with the use of the device . . . the new indication for use is associated with a risk of significantly reduced effectiveness” due to the difference in anatomical area.  We read this example as saying that any indication change where new effectiveness data is required to support an indications for use change, a new 510(k) will be required, because the change “could” affect safety or effectiveness.  In sum, manufacturers should ensure that they carefully consider the examples in Appendix A as well as the text associated with the flowcharts when assessing whether a new 510(k) is required.  The examples and text should especially be discussed when a decision not to file a 510(k) is documented.

A notable carry-over from the draft guidance is FDA’s requirement that decisions not to file a new 510(k) be thoroughly documented. The final guidance makes clear that simple yes/no responses or flowcharts are insufficient.  The final guidance includes sample “regulatory change assessments” with narrative explanations and responses to each inquiry in the decision-making flow chart.

This article is related to the Toolkit:
11 Free Resources to Boost Your Medical Device FDA Readiness
To view the full details, please download your free Toolkit.

A few other noteworthy changes between the final and the draft guidance include:

In sum, the final guidance provides some additional clarity beyond the 2016 draft guidance and is conceptually very similar to the 1997 guidance. This final guidance, much like the 2016 draft, provides additional detail and explanation as compared to the 1997 guidance intended to aid manufacturers in making the often difficult decision as to whether a new 510(k) is required for a change to a device.  However, as discussed above, with the extensive examples provided in this final guidance (more than 40 individual examples are provided in Appendix A) some of the manufacturer judgment allowed for by the flowcharts may be lost and manufacturers should be cautioned to consider carefully the examples provided in the Appendices when making their decisions.

Allyson B. Mullen is an associate at Hyman, Phelps & McNamara in Washington, DC. She provides counsel to medical device and in vitro diagnostic manufacturers on pre and postmarket regulatory matters including regulatory strategy, submissions, drafting regulatory policies and procedures, advertising and promotion review, and enforcement.